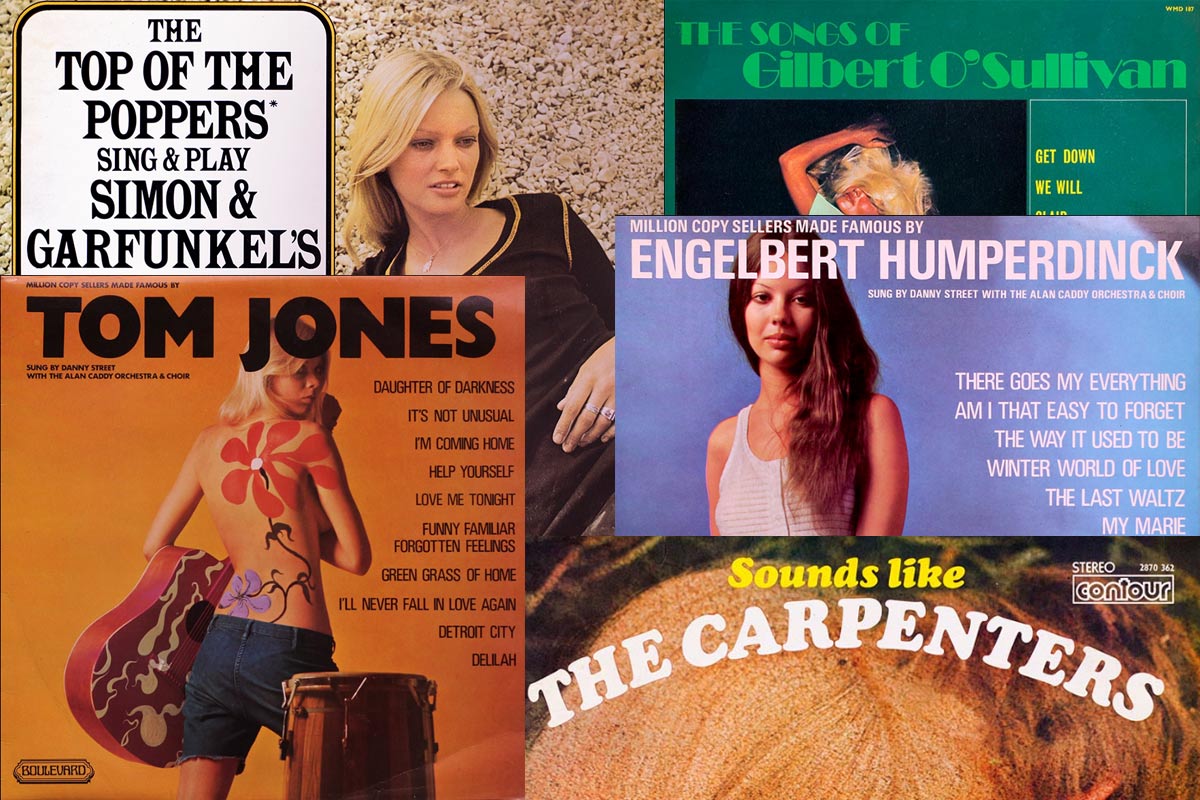 The record output of the sixties and seventies was peppered with what we may call sound-alike albums. Records made up entirely of remakes of the top hits of the day. These albums aren’t to be confused with interpretive cover versions that add a new twist to songs or present them in new and different ways like Joe Cocker’s “With A Little Help From My Friends”, or Aretha Franklin’s “Respect”. The ones we are talking about here were aimed to be as precise a copy as possible to the original in an effort to make the listener feel they were getting two sides of hits for not much more than the price of a couple of singles. By far the most well known of these efforts, and the longest running and most successful, were the “Top of the Pops” series of albums which ran from 1968 to 1985. In total 92 volumes were released in addition to a few Best Of albums.

Though sharing the same name the Top of the Pops series of albums had nothing in connection with the long-running TV series. The BBC, who produced the Top of the Pops weekly programme hadn’t thought it necessary to trademark the name so the record makers wasted no time in grabbing the name for themselves knowing the record buying public would hopefully assume the two were connected. You can view a selection of these here in Cover Heaven.

There were many competitors to the Top of the Pops series inclduing “Hot Hits”, “12 Hits”, “16 Chart Hits”, “Pick of the Pops” and so on.

Alongside these “versions” releases was a further strain that sought to devote an album to a particular artist usually using less than subtle design tricks to fool the record buyer into believeing they were getting the original artists’ recordings. The most common of these was the prominence of the covered artist’s name on the cover with the accompanying text that revealed it was not the actual artist in much smaller type.

Among several examples we have in our collection are:

These kind of records clearly wouldn’t be met with any enthusiasm today but back then they sold in such healthy numbers as to make the genre a sub-industry of its own.