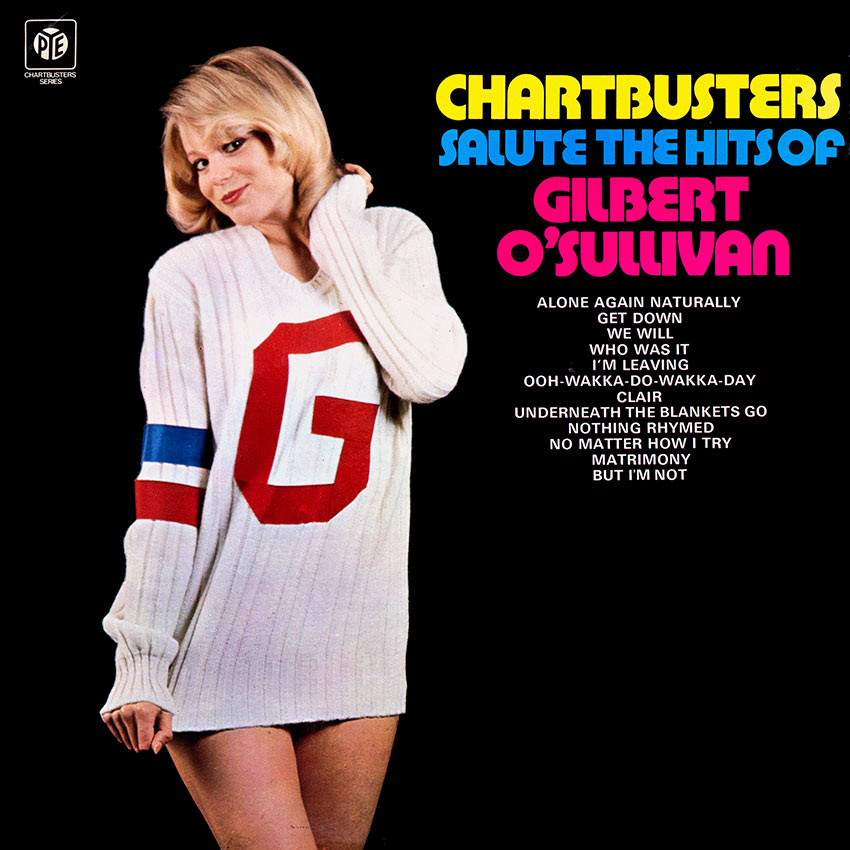 The songwriter-singer has always played a strong role in the development of popular music, yet few individuals have gifted it with quite the imagination that Gilbert O’Sullivan brings to his work.

His songs, performed on record with consistent success readily lend themselves to a variety of treatment, whether it be orchestral or vocal. They do so because like all good songs they possess faultless construction and lyrical imagination. Gilbert certainly packs his songs with words and they tumble out in a profusion of ideas that find a ready marriage with the melody he chooses for them. “Nothing rhymed” “No matter how I try” “We will” and “Claire” will always be numbered among the O’Sullivan classics and they’ll continue to be revived long after the initial chart successes have passed.

Now The Chartbusters, who have paid tribute in the past to a host of top recording artists, make their own musical definition of the music of Gilbert O’Sullivan. In doing so they have taken the care to preserve the basic appeal that has led to such universal success for this likeable young man, and we trust that your enjoyment of this album will be heightened by the knowledge that what you’re listening to will still be as enjoyable many years from now.