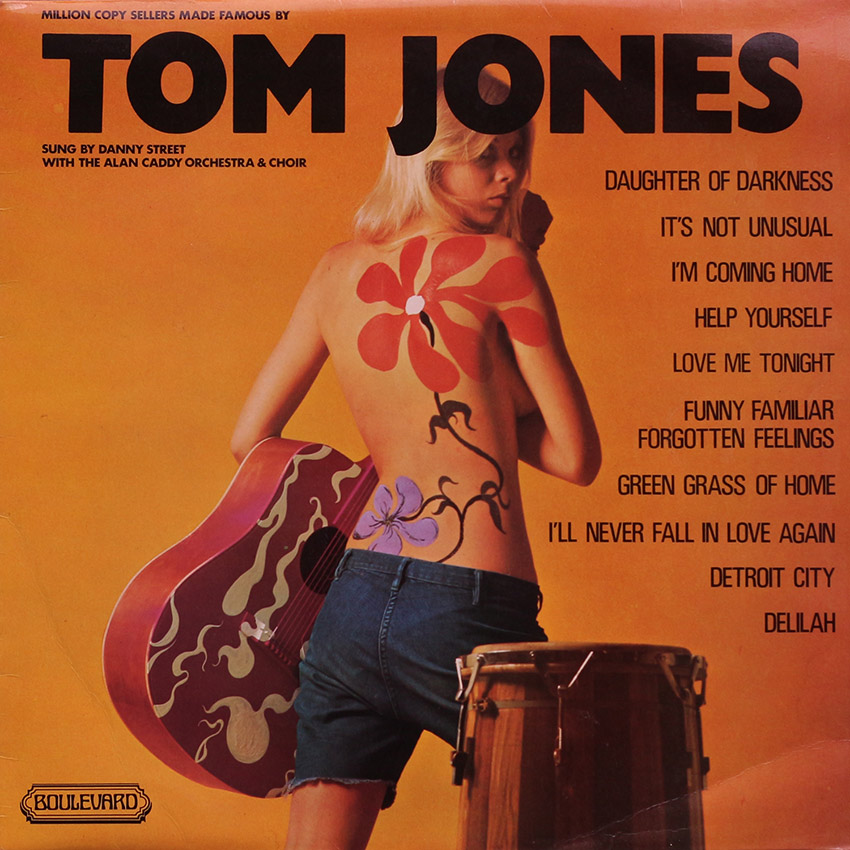 Danny Street was a Scottish singer who recorded under this name during the sixties but found belated fame as an accomplished singer of songs made famous by big stars like Tom Jones, using his talent to mimic their singing styles. He was born Joe Drysdale in 1941, in Stirling and died in 2010. Danny featured on many of the Top Of The Pops series of cover version albums of which many can be seen and enjoyed right here in Cover Heaven. He also released a similar album based on Engelbert Humperdink songs. Of course even Danny’s voice wasn’t enough to guarantee sales which explains the rather large “TOM JONES” on the cover below a very small “Million Copy Sellers Made Famous By”.

It is not often that you can buy a record of great hits which were all in the Top Ten and all recorded and made famous by one singer in a short space of his career.

We have captured on this record the greatest hits made famous by Tom Jones sung by a different, brilliant singer and orchestrally played in a style which may give you great difficulty in realising that these are not the original recordings by Tom Jones himself and his backing orchestras.