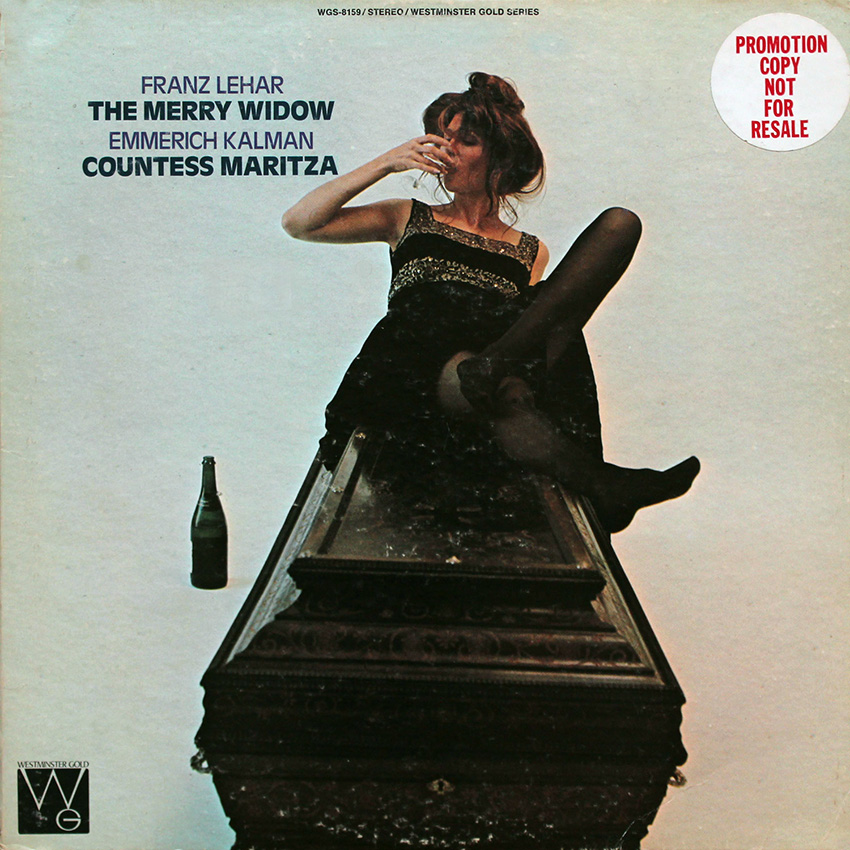 The Music – The Viennese operetta is the true child of that strange multilingual, multinational and multicultural society, the Austro-Hungarian monarchy. If the operetta was born on the wrong side of the blanket, it survived such inauspicious beginnings as imitation Parisian opera to reach the heights of artistic and social acceptance. Originally influenced by French operas – especially those of Jacques Offenbach (he of Gaite Parisienne and “Can-Can” fame) – the Viennese operetta came into its own with Johann Strauss, Jr.’s still popular Die Fledermaus (1874). From then until the beginning of the First World War and the break-up of the Austro-Hungarian Empire. Viennese operetta flourished – an elaborate and fascinating mixture of Hungarian czardas, Bohemian polkas, Austrian galops. Slovakian folktunes, Viennese waltzes, and Italian melodrama, both sentimental and grotesquely emphatic.

The most successful composers of the genre, Johann Strauss. Jr.. Franz Lehar, Edmund Eysler, Emmerich Kalman, Oscar Straus, Leo Fall and Paul Abraham – were men with a gift for rich melodic inventiveness and a flair for atmosphere. There work was enriched immeasurably by the performers who, coming from all parts of the monarchy to Vienna, developed a style of interpretation which gave the Viennese operetta its final, unforgettable shape.

Recognizing this, the Vienna State Opera. already famed for its inimitable performances of Mozart. Wagner and Richard Strauss, acquired a second house, the Volksoper, during its Period of reconstruction in the days following World War II, and there it has kept alive the tradition of operetta. This Institution is virtually the only theatre in Europe where one can still see and hear Viennese operetta as it was played during the reign 01 Emperor Franz Joseph.

But the presentation of operetta on the phonograph disc is knotty. In the past companies have recorded (and often very well) either the complete operetta with famous opera singers and great symphonic conductors. or to deliver melodic excerpts with pop singers. But neither pop stars nor opera divas knew the tradition – despite beautiful singing or clever delivery.

The Westminster Gold series now for the first time endeavors to present Viennese operetta in its traditional garb, and at the same time in lively fashion. In bypassing the details of the story (dialogue is cut and musical repeats serving elaboration of text are omitted as well), yet by retaining the Dramatic structure of the music in its sprightly ensembles, orchestral transitions. etc.. Westminster Gold has endeavored to preserve the true image of the Viennese operetta. giving neither excerpts nor full-blown, tedious music-drama, but a bubbling half hour show (the demi-heure operetta, if you will) that encompasses all its musical glory in the interpretation that fits it best.

The Merry Widow – Hannah, a pretty young widow, is considered to be the -catch- of Paris, not only for her beauty but also because she had inherited a fortune of some twenty million francs. The Ambassador from her native Marsovia. Baron Popoff. has received official instructions to see that Hannah marries a Marsovian, thereby keeping her money in her homeland. The man who has received the Marsovian governmental blessing is Prince Danilo, known throughout his country as one of the handsomest, gayest and most charming, of the official court circle. Despite Prince Dan., devotion to his welcome assignment. Hannah resents the meddling in her private life. particularly the idea of a destiny “made-to-order”. Moreover, before settling down to wedded life again, she is determined to enjoy One mad, gay fling in Gay Paree. This she accomplishes to the utmost, finding that Prince Danilo is much in evidence every-where. and that his romantic nature is, indeed, most appealing. At the last. Hannah and Danilo decide that theirs is a true romance, and they take each other for better or worse.

Countess Maritza – The wealthy Countess Maritza possesses so many estates, castles. etc. that she really knows but little of any of her holdings. The castle which is the setting of this operetta is being managed by a most unusual and business-like overseer. Count Tassilo Endrody. Formerly one of the gayest and most popular of the young officers of Budapest, the Count had paid off his father’s debts by selling all of the family ancestral proper-ties – the castles; estates, racing stables and the family heir-looms. Only a few of his most intimate friends even know that he has taken the position in order to earn his living. Actually, Tassilo is working to provide a dowry for his sister, the Countess Liza. Maritza has no idea of the Count’s true identity, and she is Pleasantly surprised when she comes to the castle with a large retinue of guests and sees the handsome, aristocratic and erudite young man who has, through his wise management of the estate, doubled the income of the property. Tassilo, himself, is astonished to find that his sister, Liza, is among the guests.

To forestall her usual problem of too many suitors. Maritza announces that she is engaged to marry (the imaginary) Baron Koloman Zsupan. Imagine her consternation. however, when a real Baron by this unusual name makes his appearance to claim her as his betrothed. Zsupan then proceeds to fall in love with Liza, whose very presence is beginning to cause all sorts of complications for Tassilo.

Countess Maritza gives a great ball to celebrate her home-coming and, as Tassilo stands outside the ballroom listening to the playing of the Hungarian gypsy musicians, he begins to sing, putting into song his longing for the love, romance and gaiety of his happy past. Hearing the rich. robust voice. Maritza and her guests come out on the terrace and listen to Tassilo until he finished the song. Enchanted, the Countess commands him to repeat the number but Tassilo haughtily refuses saying that he is present as the overseer of her estate, not as an entertainer. Chagrined by such defiance of her authority, Maritza orders him to leave the estate, and he prepares for his departure_ He is encouraged, also, by the gypsy girl. Mania, who loves him devotedly. The situation seems almost hopeless, until Tassilo’s rich old aunt, the Princess Bozena Klopensheim, informs him that she has bought all of his old family holdings for the purpose of restoring him to his rightful position as a member of the autocracy. The Princess then sets all matters right between Tassilo and Countess Maritza. and Maritza is happy to confess her true love for her erstwhile overseer.