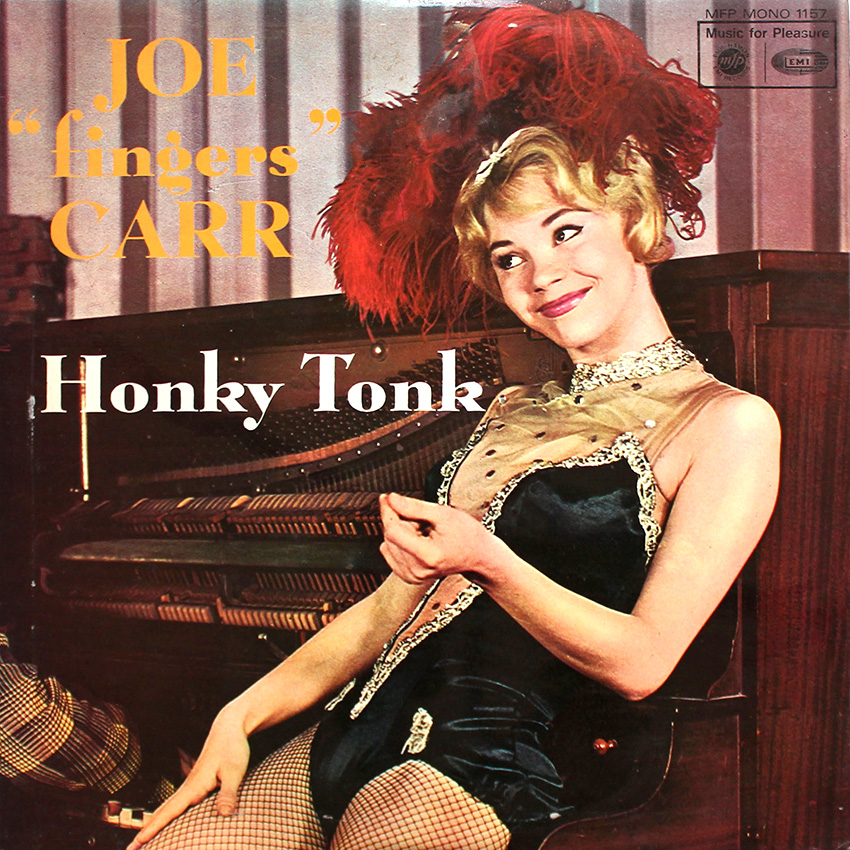 Joe was aghast when his daughter Debbie thought the Charleston was an aircraft carrier.

Feather boas, knee-length beads, raccoon coats, vamps and sheiks, supercharged cars and illicit stills – all treat to make up the gay, mad, “Roaring Twenties”. But there was another vital element to that fast-moving decade – its dance music and, most particularly, the infectious rhythms of the Charleston.

Joe “Fingers” Carr, the smiling master of the key-board, still has a deep affection for the rollicking dance tempos of that former age and now the word is getting round. A “back-to-the-Twenties” movement in dress is already well under way, the most “with it” mods now looking him their mothers and fathers did in those dint and dusty pictures. True, Oxford bags haven’t yet made a reappearance, but wide lapels and gangster coats are to be seen in abundance. The music too has a new and fresh appeal to the youth of today and, for once, their mums and dads don’s want them to nun down the volume for this remains their music too, the sounds to which they boop-a-dooped through their own younger days.

Joe was aghast when his daughter Debbie thought the Charleston was an aircraft carrier, so he started giving her lessons. She too got the message and Joe now has a child who can out-Charleston any old-timer who ever knocked knees in the flapper days.

The music used for those lessons is the some that Joe has captured for this album. It is filled with innuendos recalling those wondrous by-gone days when Charleston was king.

With his foot-tapping honky-tonk renditions of some great old favourites, Joe “Fingers” Carr has created music that will re-crown the Charleston – and send everyone out onto the dance floor to celebrate its coronation.