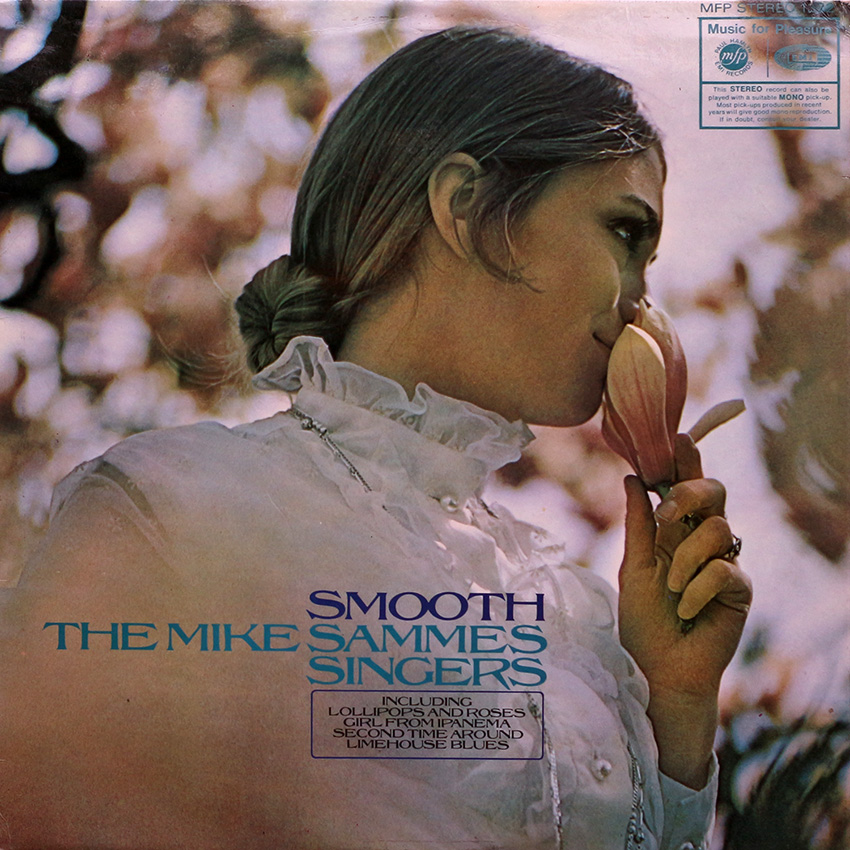 I suppose the way most people recognise the name of the Mike Sammes Singers these days is via the captions that roll up at the end of a good many television shows to confirm the fact that we have been lurking in the background, providing the required ‘noises off’ behind the artistes in the show and generally filling in whatever vocal colour was needed. From this recurrent facelessness, some people may well be led to think that we are some mere figment of the imagination some strange vocal machine that trots out ‘oohs and ahs” at the drop of a baton. (At times, to be honest, we even ponder this point ourselves).

In fact, to give the lie to this and to prove to ourselves and to anyone else who’s interested that we can actually tackle the odd lyric in our own right, we have pieced together a mixture of “our kind of music – the sort of songs we enjoy singing presented in the way that we like to hear them. Happily, other people seem to share the enjoyment too. Lest you go away with the impression that we spend our lives chained to the back of a television camera I must add that we cram in a large amount of backing for other people on records, and over the years we have had the pleasure of backing practically every major British recording star, and quite a lot of American and Continental ones as well. In fact it’s out of these recording sessions that a lot of our TV work has materialised. We’ve been on practically every record that Tom Jones and Englebert Humperdinck have ever made. Recently we recorded a big TV series with Tom for screening both here and in America, followed by a similar stint with Englebert.

Last year we had the pleasure of backing Andy Williams who did three concerts at the Albert Hall. At the same time we had the opportunity to renew our acquaintance with Henry Mancini – a very happy and satisfying occasion all round.

Des O’Connor took us to his desert island with him, and having been with him from the start on all his highly successful records, I guess we might even consider taking him on with us if we ever become similarly marooned, The big, big names we’ve backed really are legion. We’ve backed ’em by the hundred from Uffa Fox to the Beatles and enjoyed every minute of it. I only hope we’ve been instrumental in giving as much pleasure as we’ve got out of it in return.

TV, recording sessions, live shows – we’ve done them all. We keep popping up in the charts too, behind all manner of unlikely people, but because we’re not mentioned on the label nobody ever knows we’re there!

At least on this album there’s no mistaking it – here we are in large letters and I’ve done all the arrangements myself to make sure we get a fair chance to make our mark. On which subject I must give full credit to Ken Thorne who has added some super orchestral backings which give that little bit of excitement and dimension to the arrangement without even getting in the way – beautifully done.