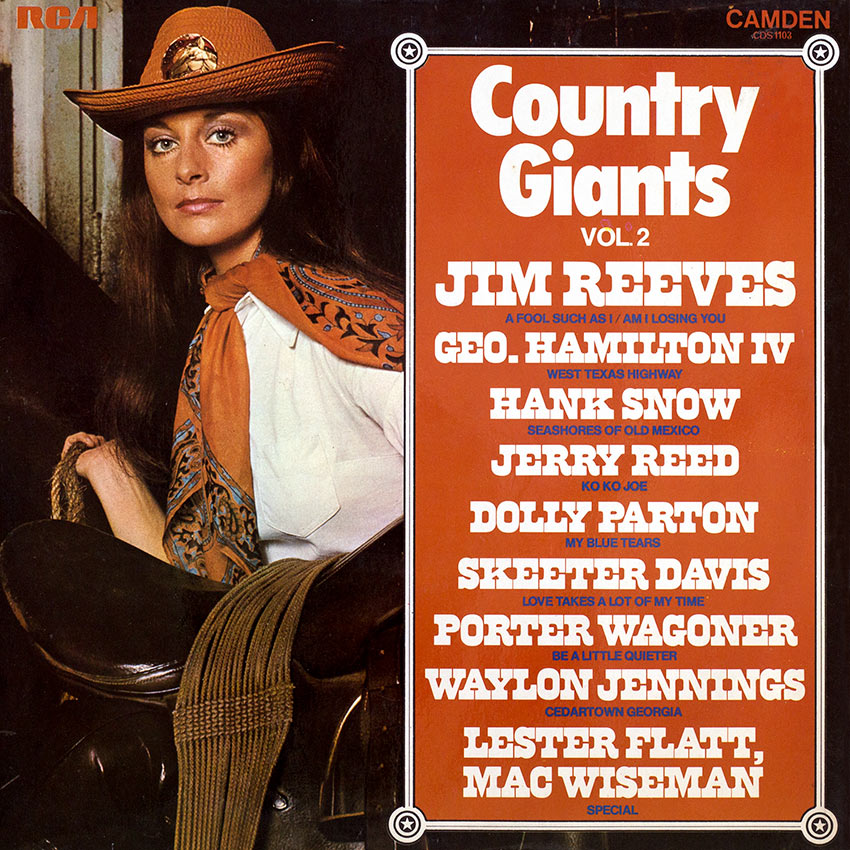 Giants is just about the only way to describe the artists who appear on this album, because in terms of prestige and performance value, they occupy exalted positions in the world of country music. What’s more their appeal doesn’t merely rest with devotees of country music, witness the contributions from the late Jim Reeves as the work of a man who managed to take his music and his unique personality into the hearts of people everywhere. And there’s a song here from the likeable George Hamilton IV who, through his constant visits to Britain and his appearances on television, has done more than most to promote country music with audiences of all kinds. But for the hard core of country music fans there are some great tracks by stars who have earned their places in the country music hall of fame and who have been a part of the famed “Grand Ole Opry”. There’s a track from Hank Snow, a veteran whose recording career has spanned more than thirty five years, a beautiful song called “Cedartown Georgia” from Waylon Jennings who began his musical career as electric bass player with the late Buddy Holly before going on to become a top country music performer and the lovely Skeeter Davis puts plenty of emotion into “My Blue Tears”. They’re each, in their own way, giants in a musical scene that goes from strength to strength and listening to these performances it’s not hard to understand just why that happens.