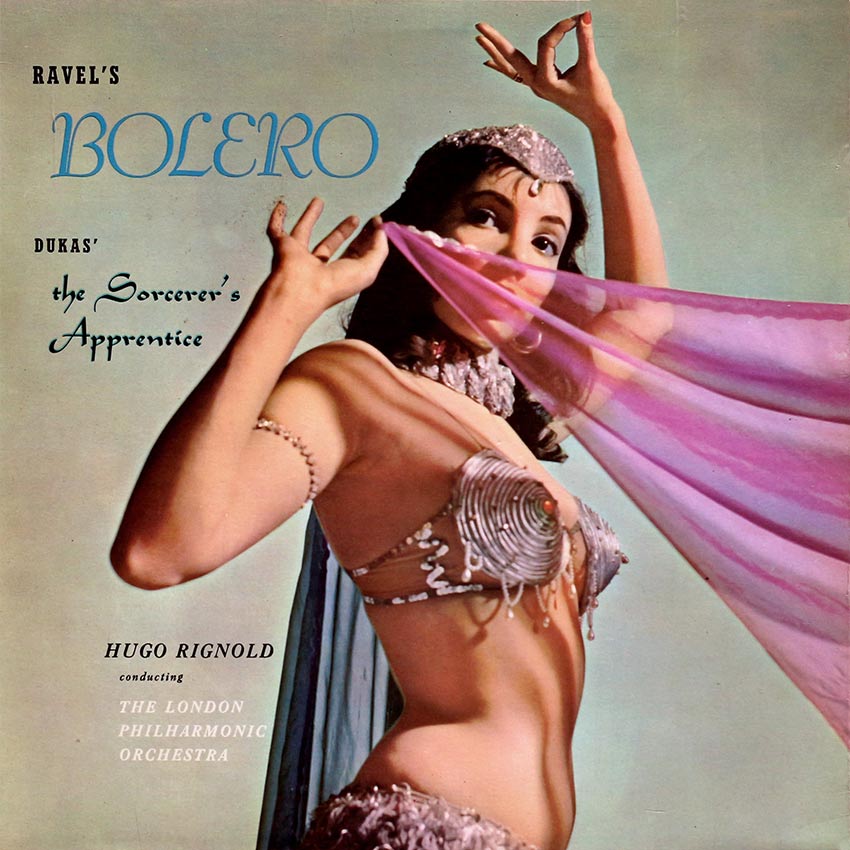 BOLERO Since 1928, when Maurice Ravel wrote Bolero, the piece has been one to stimulate discussion and argument. It has been called `hypnotic, boring’, nerve-racking and’ captivating’. Undoubtedly, it has been all of these things to different listeners. It is, in any event, the ‘world’s longest musical crescendo.

Although Ravel was a Frenchman to the world his birth in the Basse-Pyrenees of a Basque mother and a French-Swiss father was sufficient to arouse his interest in Spanish music.

Bolero, however, is in no way a serious attempt at Spanish dance Ravel’s Bolero is not truly a bolero at all. The basic rhythm pattern remains, but the tempo of this work is much slower than the bolero dance. The bolero is not even a true folk dance but rather a theatrical concoction based on the polonaise, chaconne and the zarabande.

Ravel’s Bolero is basically built upon a two-part musical theme which is repeated about eighteen times in the work. The orchestral colours used are as varied as ever attempted, but through it all is the relentless, driving rhythm of the snare drum.

The first part or the basic subject is presented by the flute. Then, beginning with the bassoon, the wind instruments in turn take up the melody or some variation of it. It moves from clarinet to oboe to flute to trumpet to tenor and soprano saxophones. Then, as the crescendo builds the theme is taken up by groups of instruments. It continues to build to the powerful, cumulative and frenzied end.