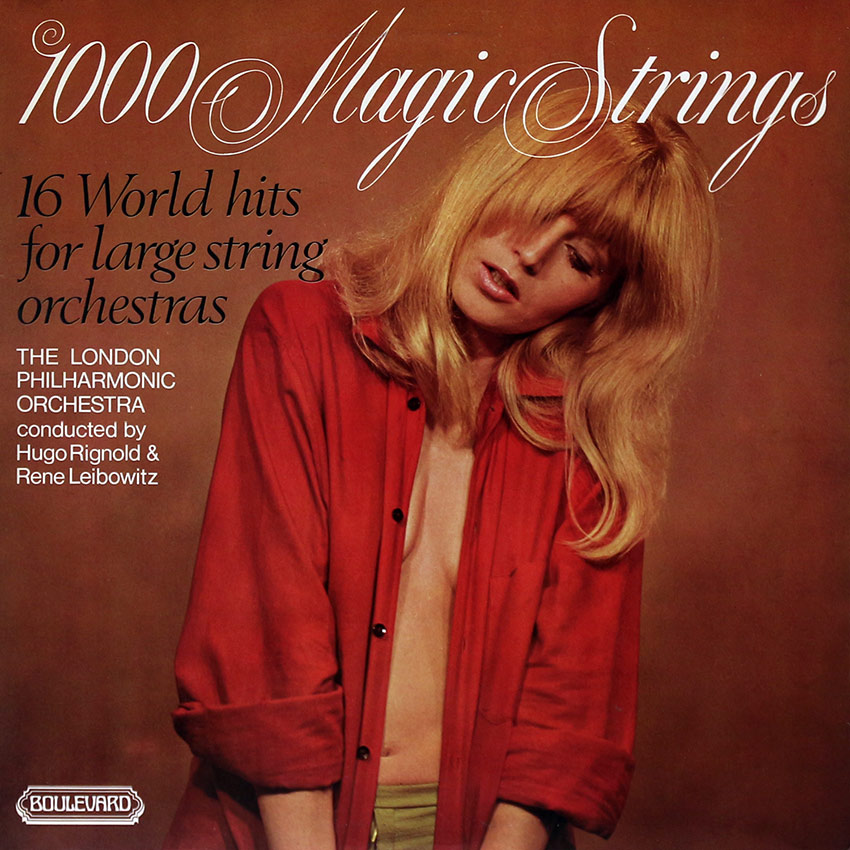 This beautifully produced album demonstrates the versatile nature of strings, presenting them in both classical and contemporary style. Listen to The London Philharmonic Orchestra, conducted by Rens Leibowitz, playing Offenbach’s ‘Waltz from the Gaite Parisienne’ showing strings in all their magnificence gliding romantically through the piece. Then hear the same orchestra’s version of Gershwin’s ‘Summertime’, an outstanding track full of emotion, the string emphasis enhancing the composer’s original theme.
The New World Orchestra, with conductor Herman Lang also contribute several tracks. Particularly interesting is their sparkling interpretation of Rimsky Korsakoff’s ‘Caprice Espagnol’. Gerry Roberto and the ‘1000 Velvet Strings’ provide a pleasant contrast to the classical offering, with the string in a lighter vein, dancing, sometimes humourishly, through Roberto’s own arrangements (Italian Fantasia and Turkish Flutes are fine examples of his work).
Lovers of string music will appreciate the unusual variety of material found on this album and the excellence of its performance.