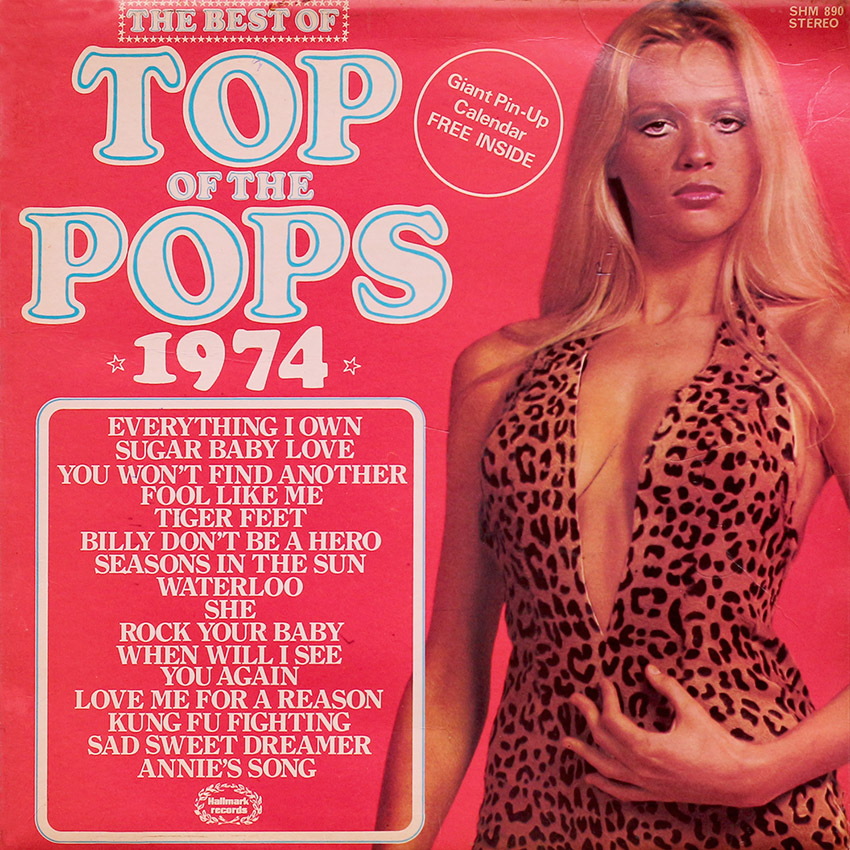 This really must be the best value ever!
Hundreds of thousands of Pop Fans throughout the world already know that each year we release a “Best of Top of the Pops” album containing the greatest hits recorded on our Top of the Pops albums during the year, and that means the very best tunes to hit the Pop World. Well, how’s this for value? On this fabulous L.P. we’ve packed no less than fourteen of the year’s greatest pop sounds, all of which have been at No. 1 – rock, ballad, the – lot – PLUS a giant all-colour pin-up Calendar Poster for 1975!

Thanks to you all, it’s been a marvellous year for Top of the Pops. We’re still proud of the fact that this great series is the world’s’ best selling, regularly released Pop album. We’ll tell you how it all started. A few years ago (it seems centuries) our Boss Cat decided that what was needed to keep the Pop World rolling was an album with all the current hits rendered by the finest Session Musicians in the business. These Session Boys would reproduce as closely as possible the vocal and instrumental sounds made famous by the great names of Pop. What’s more, we had to give the best value in the record business.

After a great deal of huffing and puffing, sweating and blowing by Boss at and all at Pickwick we produced Volume 1 of Top of the Pops – and it took off like a bomb! Then it all happened, Volume alter volume was released every six or eight weeks – and new era in recorded Pop Music was born! Well, just try these 14 great hits – we repeat – all have been at No 1 in the Charts and not only will you be taking a short walk down Memory Lane to the beginning of this year but you’ll also be jumping to to-day’s sounds.