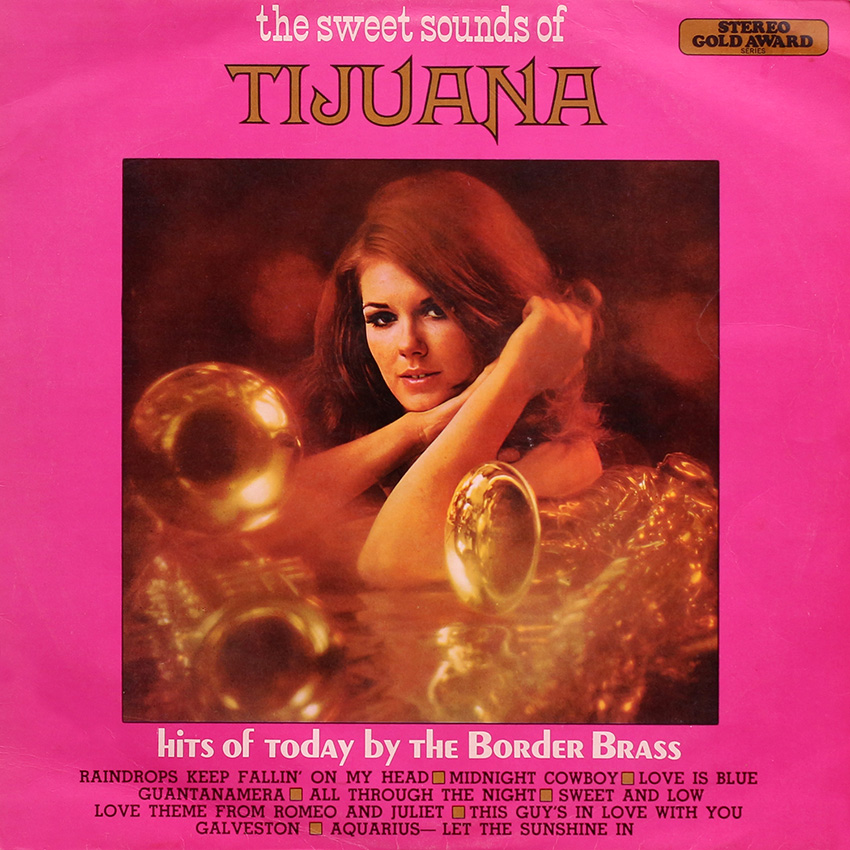 Another in a long line of recordings released by DL Miller, this one under the “Damil” brand.

The sound of Tijuana is the sound of sunshine music that is gay, lively and filled with the kind of happiness that only The Border Brass can convey. The titles are a recommendation in themselves for musical enjoyment, having been penned by talents like Burt Bacharach and Hal David, Nino Rota, Jim Webb and John Barry.

But more than the greatness of the compositions themselves is the pure musical enjoyment that The Border Brass put into every track, It’s as infectious as the sound of the border sunshine and once it’s been sampled there’s only one thing to do and that’s to sample it again and again.