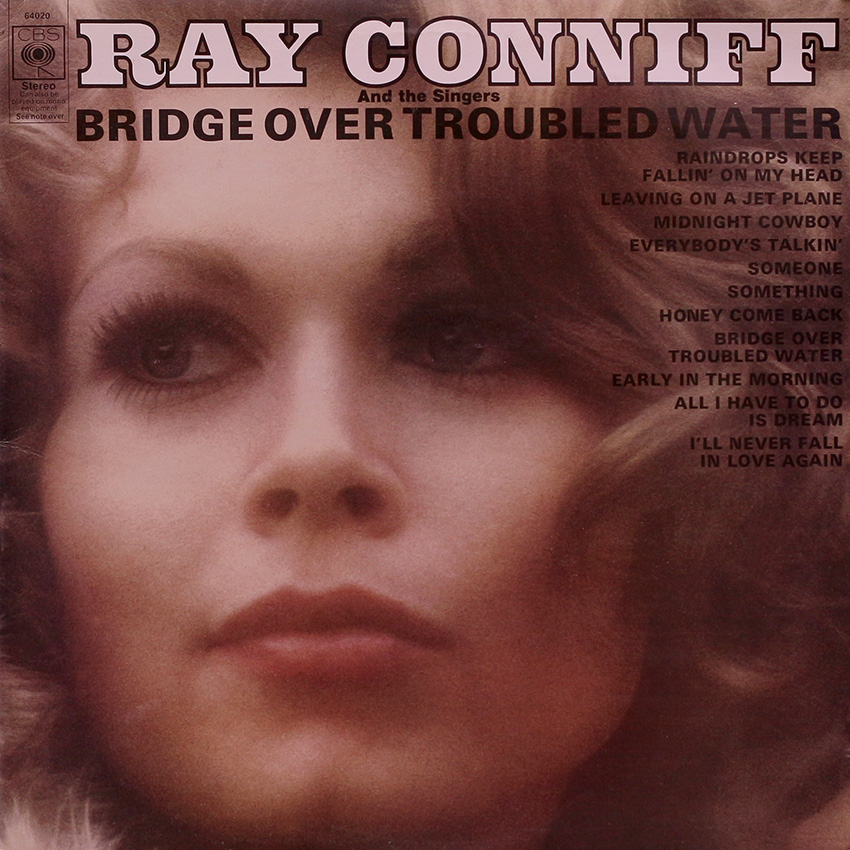 Ray himself sings on Honey Come Back, at first a sort of spoken cantor but fully committing during the chorus backed by “the Singers”.

Most of you reading this already know the instantly identifiable sound that is Ray Conniff. You are familiar with the Conniff mystique and are going to buy this record no matter what it says here on the back, because you know if its Conniff it’s going to be great. But the Conniff greatness didn’t just happen. The LP in this jacket is – “like all Conniff records” – the product of years of hard work, devotion and imagination. It is testimony to the musical genius who created it and gave his name to the sound pressed in its grooves.
Like all great things, the music that is today known as “The Conniff Sound” took time. Ray studied under that toughest of teachers, Experience: by the time he was ready to graduate, Ray Conniff had rewritten the textbook. His long list of hit arrangements include some of the all-time best sellers like: Don Cherry’s “Band of Gold,” Johnnie Ray’s ‘Walking in the Rain,” Frankie Laine’s “Moonlight Gambler,” Guy Mitchell’s “Singing the Blues,” and Johnny Mathis’ “Wonderful, Wonderful,” “It’s Not for Me to Say” and “Chances Are.”
Shortly after his success with “Band of Gold, Roy created what could be termed his Doctoral Thesis, he recorded S’ Wonderful,- The Conniff Sound was born.
Since that first LP, Ray has recorded many great albums for CBS. Nine of them have received the coveted Gold Record Award. Ray has been further honored by receiving a “Grammy” from the Notional Academy of Recording Arts and Sciences for best performance by a chorus on “Somewhere My love”.
Because his very first and succeeding albums have been such great successes, Ray has been termed an “instant success” by some. Nothing could be further from the truth. Like all great artists, musical or otherwise. Ray has matured and improved like a fine wine. His years of service to the greatest bands in the country coupled with his inherent musical genius have resulted in his deserved recognition. The magical “Conniff Touch” transcends musical fads and, fortunately for our and future generations, it will be preserved for years to come in this album.