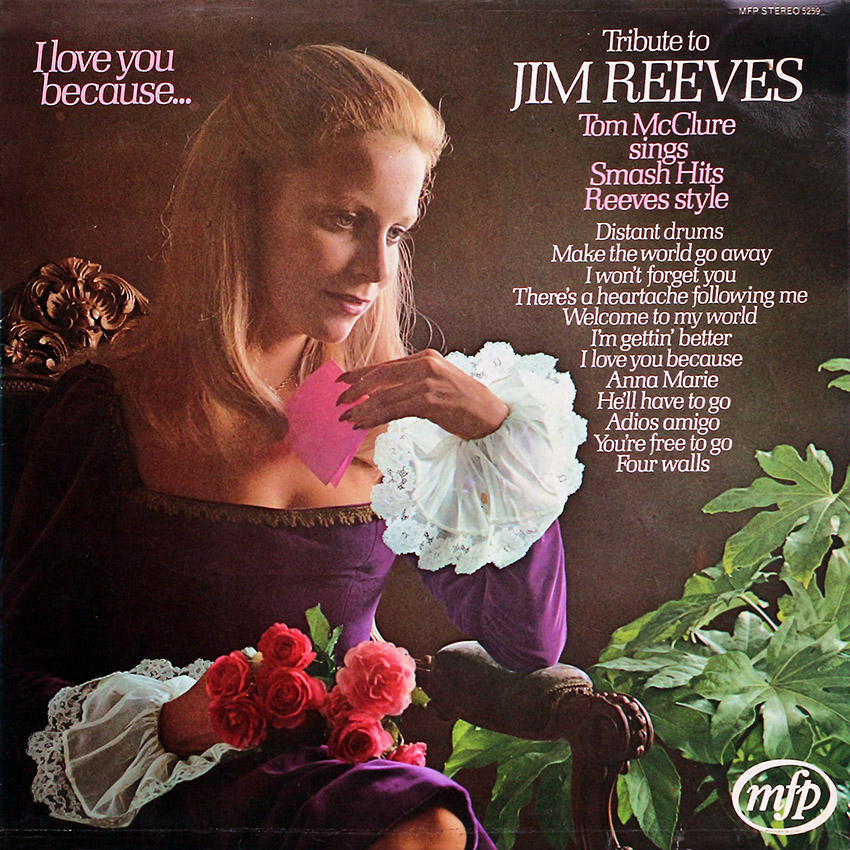 Jim Reeves did more than any other artiste to extend the appeal of Country music far beyond the confines of Nashville. It began with a haunting ballad called Four walls, recorded in 1957. Till then, Jim had been on the pure Country kick. With Four walls, he broke the barrier into pop, and sold a million. Two more million-sellers followed – He’ll have to go and Adios amigo. In between the million-sellers, Jim Reeves was recording a string of wonderful, easy-going ballads like Welcome to my world, I won’t forget you and I’m getting better. On the 31st July, 1964, he met an untimely death in a ‘plane crash. But the songs he made famous live on, and here Tom McClure and Ray Merrell have re-created 12 of his biggest hits, superbly performed in the warm, relaxed and intimate style of the maestro, and recorded in brilliant stereo for your enjoyment.