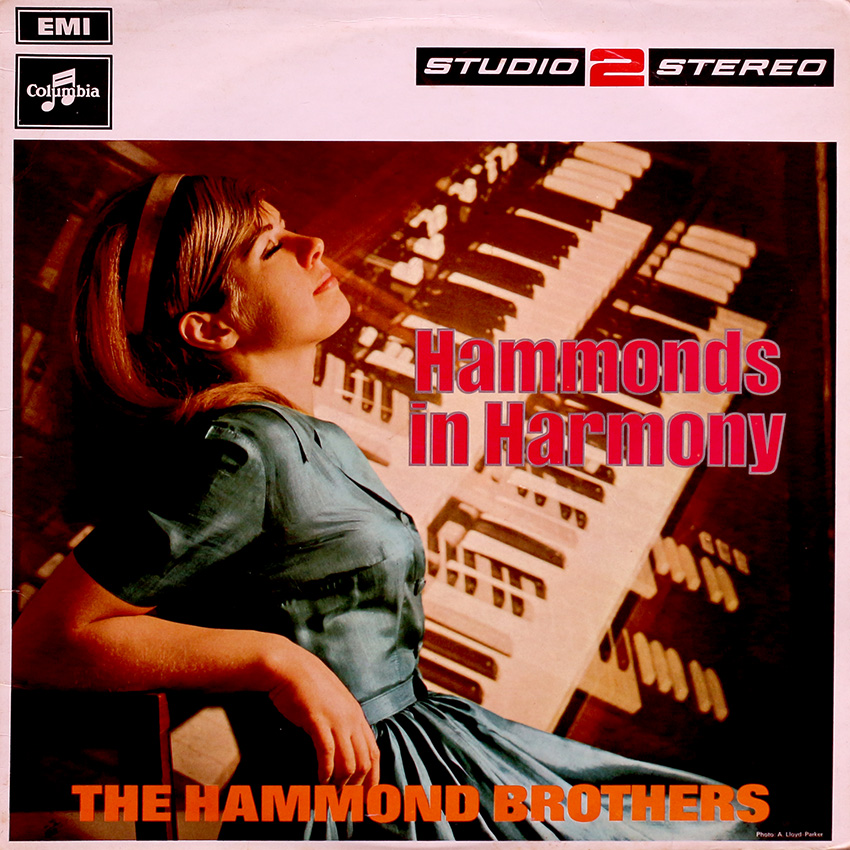 When Laurens Hammond introduced his first organ, he certainly did not foresee that this instrument would mean a revolution in the world of music. Now, over thirty years later, THE HAMMOND ORGAN has a unique reputation as being the finest organ available. It is used in churches, concert-halls, recording studios and homes, and many musicians owe much of their reputation to the instrument, among them JIMMY SMITH, JACKIE DAVIS, ETHEL SMITH, EDDIE LAYTON and KEN GRIFFIN, world-famous artists in their particular styles.
Now, the Hammond Brothers (in reality well-known Belgian organists Jan De Nef and Co Pilley) have joined forces, with the aid of a Hammond Concert Organ and a Hammond Luxe Spinet, to produce, after long hours of experimentation and rehearsal, “Hammonds in Harmony’.
The arrangements (by T. Rendall) were made specifically with stereo reproduction in mind and the selection of titles was chosen for the possibility of unique chords and harmonies. No tricks have been employed in the recording, the organists played in the studios just as you hear it on the record.
Surely, a Hammond record with a little “something” extra.