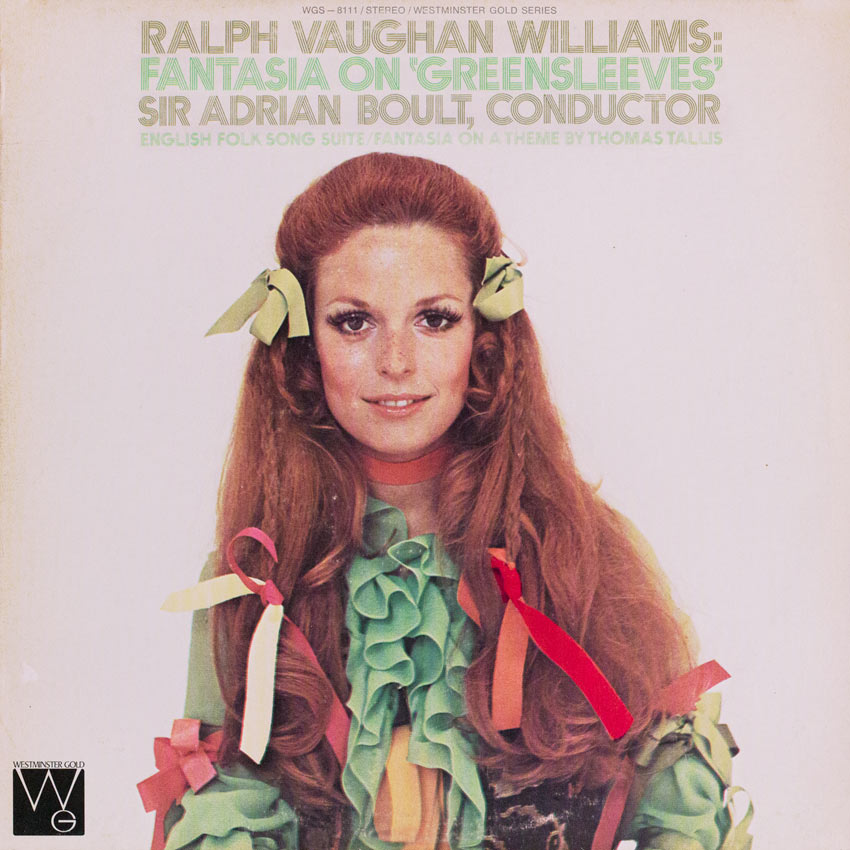 There are probably few more familiar tunes than the English traditional melody “Greensleeves.” From 1580 at least – when it was first mentioned in a registry of ballads printed in London – to the present day, it has been used to bear a hundred or more different texts. (The familiar lines, “Alas, my love, you do me wrong, to cast me off discourteously,” seem to have been first printed in 1584.) Shakespeare knew the song, mentioning the title twice in his “Merry Wives of Windsor.” It was one of these references which prompted Ralph Vaughan Williams to use the tune in his opera “Sir John in Love,” which, in turn, was based on Shakespeare’s “Merry Wives.” (Mrs. Ford. pointing out the discrepancy between Sir John Falstaff’s words and deeds, complains “They do no more adhere and keep place together than the Hundredth Psalm to the tune of Green Sleeves.”)

The concert version here was adapted In 1934 by Ralph Greaves for string orchestra, harp and flute(s). The “English Folk Song Suite” is actually a set of three pieces formally entitled -English Folk Songs.” originally written for military band. Gordon Jacobs one of Vaughan Williams students, rearranged the ten-minute score for symphony orchestra in 1924. Vaughan Williams borrowed his basic themes from the notebooks compiled in Somerset by the great English folk song collector, Cecil Sharp, an old friend and colleague. The first section uses the sometimes bawdy “Seventeen Come Sunday”; the second “My Bonny Boy.” The last movement, titled only “Folk Songs from Somerset.,” is actually based on two songs, “Blow away the Morning Dew,” and the rowdy “Whistle, Daughter, Whistle.” (Significantly, in those pre-World War I days, Sharp could not publish the full texts of three of the four. -Whistle, Daughter, Whistle,” for example, contains this maiden’s lament, “But if I had a young man, how happy I would be, For I am tired and oh,so wearied of my virginity.”)

One wonders if Vaughan Williams chose to set these songs for military band knowing full well that the men in the ranks would surely know one or more of the bawdy texts. That would be one way to guarantee the popularity of the piece.

Thomas Tallis (ca. 1505-1585) was Gentleman of the Royal Chapel under Henry VIII, Edward VI, Mary I and the first Elizabeth. In 1567 he wrote eight tunes for the Metrical Psalter of Matthew Parker, then the Archbishop of Canterbury. Each of the melodies was cast in a different church mode: the third, provided Vaughan Williams with the material upon which the fantasia was based. (That tune was in the Phrygian mode, a “scale” from E to E played only on the piano’s white keys, which gives the music its archaic, moving quality.)

Vaughan Williams scored the work for a string quartet and two string orchestras, each of which is divided to play antiphonally.

THE ARTIST The conducting genius of Sir Adrian Boult first attracted wide attention when he conducted some of the Royal Philharmonic Society’s concerts during the season 1918-1919. His career since then has spanned five decades and as many continents culminating in honors few English musicians have known.

Sir Adrian has held many of the major musical posts in Great Britain: Conductor-in Chief of the London Philharmonic Orchestra, for many years Conductor-in Chief of the B.B.C. Orchestra of the Birmingham Festival Choral Society and the City of Birmingham Orchestra, and Musical Director of the B.B.C. He toured throughout Europe and the United States, both with the B.B.C. Orchestra and as a guest conductor, conducted at the Salzburg Festival, and directed the musical programs attendant upon the coronation of King George VI and Queen Elizabeth II. Sir Adrian was knighted in 1937 in recognition of his contribution to the musical life of Great Britain.

Coincidental to this album, Sir Adrian earned the consideration of being Vaughan Williams’ greatest interpreter.