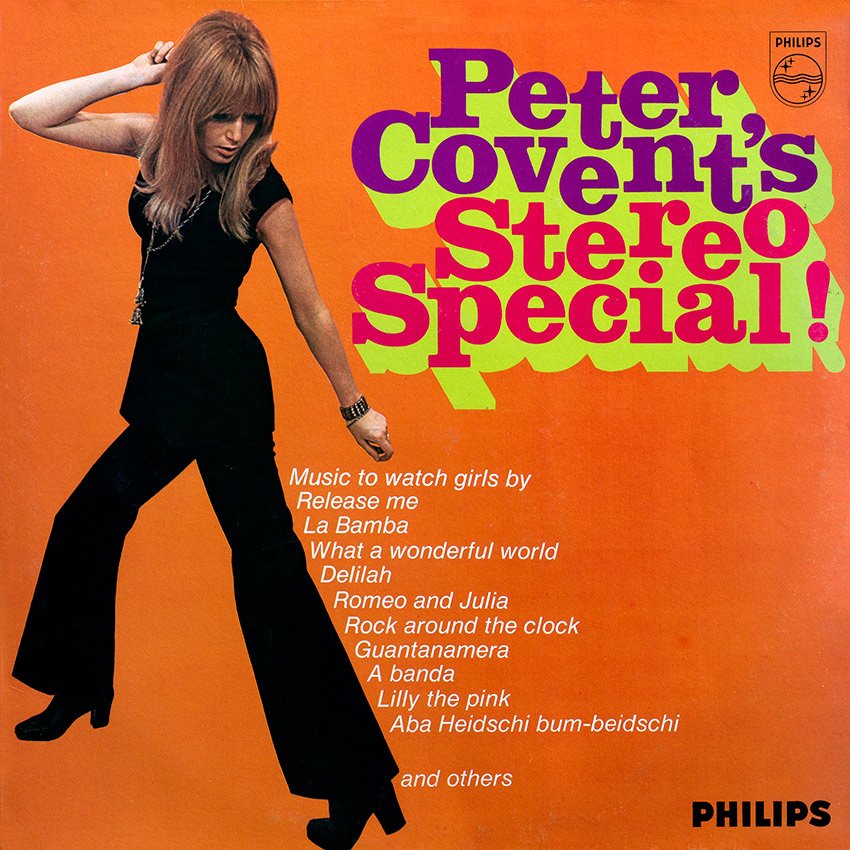 As exciting as today’s youth is also the Party-Sound by Peter Covent, known for his always topical hits. Who is hiding behind this musical pseudonym? Carlos Diernhammer, born in Munich, born in Buenos Aires while passing through. Together with his current producer Egon L. Frauenberger, he printed the school desk in Bavaria’s metropolis. At the age of 13, “Don Carlos”, as his friends call him, composed his first sonata. After the conservatory he jazzed with Freddie Brocksieper and with Max Greger, for whom he still works as an arranger today. Carlos turned down an offer from Woody Herman to America because he was just in love with his current wife. He later went into business for himself, arranging and composing for the best known German big bands. The musical and personal connection with his old school friend finally became “Peter Covent a la Mr. Hits a gogo” to the enthusiasm of all young people.