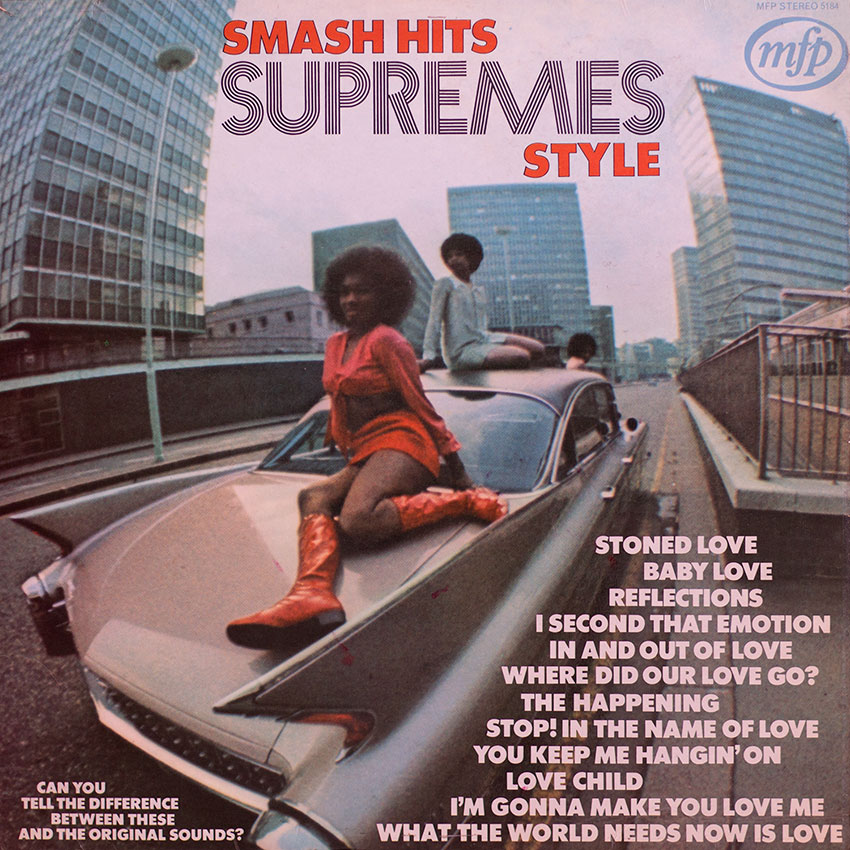 Maybe we’ve used the wrong title, for a start. Maybe we should have said : “Salute to Brian and Eddie Holland and Lamont Dozier.” For they were the writers, composers, producers who actually put the Supremes on the map, with such fabulous songs as Where did our love go, Baby love and Stop! in the name of love.

Seven of the 12 million-sellers re-created on this album emerged from this unique trio — those above, plus Reflections, In and out of love, You keep me hangin’ on and The happening. In fact, these are the songs still most closely identified with the Supremes; these are the songs that put them in the millionaire class.

But the incredible thing about the Supremes is that, take away the original back-room boys, take away their lead singer Diana Ross, and replace her with the curiously-named Cindy Birdsong, and you still get hits! Witness Stoned love, a Top Five hit only a few months ago. Maybe, after all, we should have made this a salute to Berry Gordy Jnr. who, as founder and boss of Motown Records, thought up the whole concept in the first place, and kept it going so miraculously for so long.

If Mr. Gordy Jnr. ever gets to read these sleeve notes, we’d like to say, here and now, that if Cindy Birdsong, Mary Wilson and Jean Terrell (the present Supremes) ever decide to give up singing and take up chicken farming, we’ve got a really great trio ready and able to take their place! Just listen to them now on this album, as they excitingly re-create twelve of the Supremes’ greatest hits.