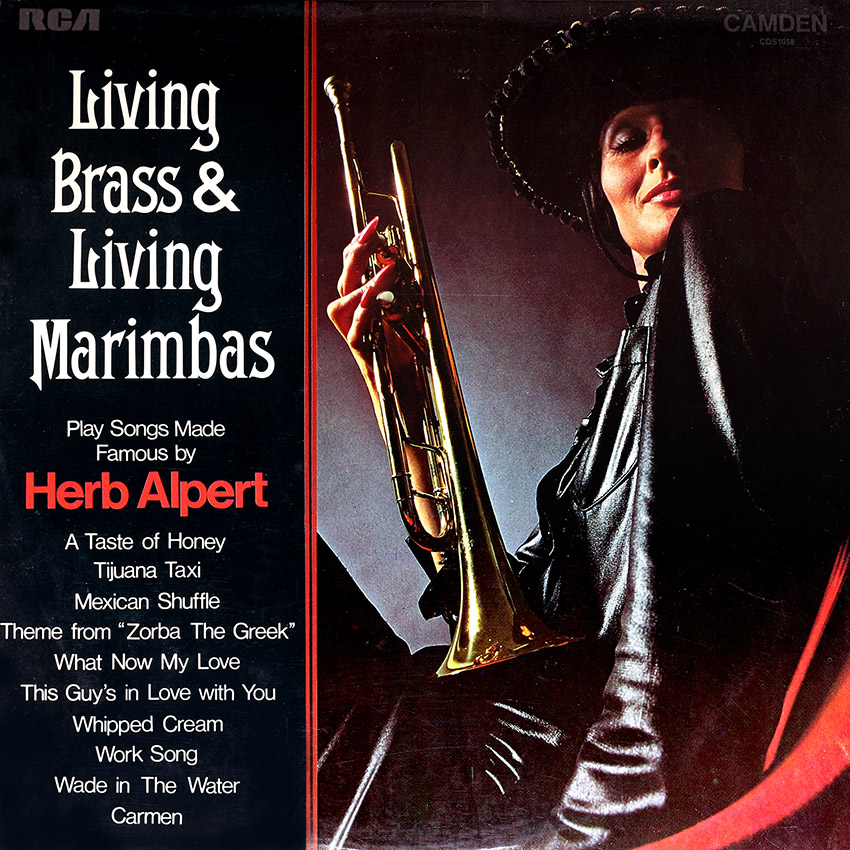 People like music that’s fun. They want something to sing in the shower and whistle on the street. Herb Alpert is the man who gave it to them by using two trumpets playing in parallel thirds and sixths over a strong steady beat. What critic Morgan Ames calls “modern ragtime.” The music is simple, melodious, infectious.

Since this is what people wanted to hear, the TJB sound was picked up by everyone in the business and was incorporated into every kind of music. Composer Johnny Mandel utilized it for his film score “Harper” and arranger Pat Williams incorporated it into two big-band albums. Even television was improved: Detergent commercials became less irritating when accompanied by a swinging, lilting sound.

The popular sound of the Living Brass and Living Marimbas lends itself ideally to this type of music. In this collection you’ll find many of Herb Alpert’s biggest hits, including such favorites as This Guy’s in Love with You, What Now My Love and A Taste of Honey.

Here then is the music of Herb Alpert and The Tijuana Brass interpreted by the Living Brass and Living Marimbas. It defies analysis. Enjoy it. That’s what music is all about anyway.