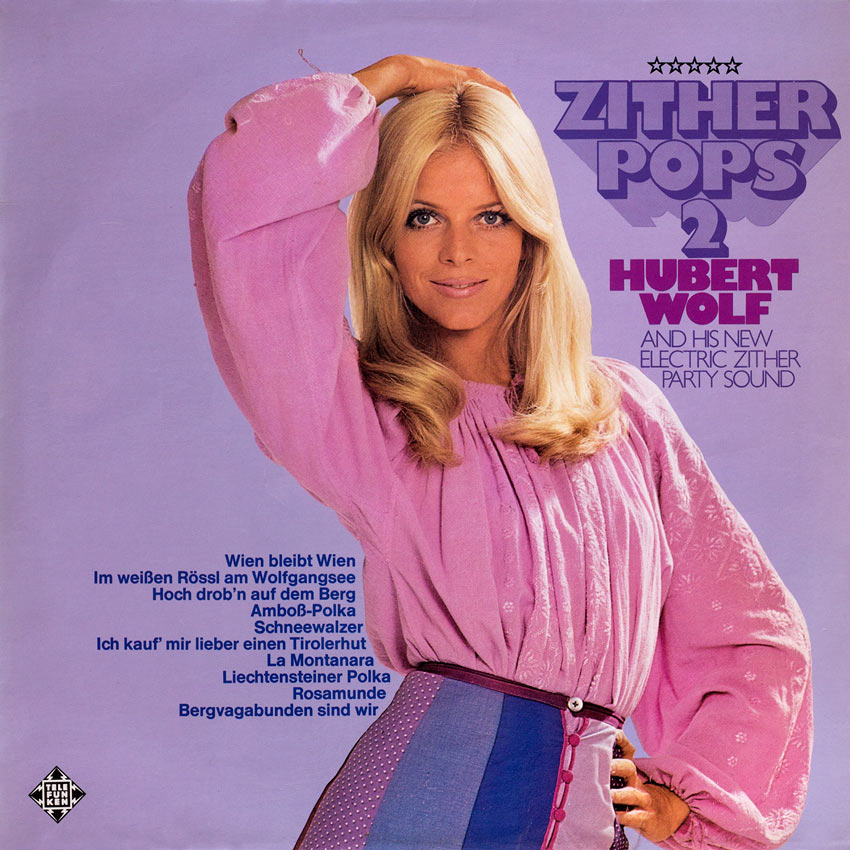 “Even stiff dolls will unbend.“

Pop On The Zither? Yes – With Hubert Wolf Here he comes crossing the “WeiBwurscht, equator now. With melody and rhythme which will also please North German ears: the wolf from Lammerspiel. Or rather: Hubert Wolf, who is living near Frankfurt at Lammerspiel, has, with the electronic zither, the only one in the whole world, created an instrument which lends sound and swing to dull parties. In the first place by record. as e.g. the LP “Zither-Pops 2” (Telefunken, SLE 14 741-P). The artist who was already distinguished once with Radio Luxembourg’s Golden Lion for “Wheels”, is only in German still relatively unknow (sic). Wolf has already made a worldwide name for himself with his sound. Especially in America he is among the secret bestsellers. Only experts know that, technically, the zither is the most difficult instrument to handle, since one hand has to practice two functions (melody and accompaniment). It is Wolf’s mission to prove that an originally popular instrument ist (sic) fully capable to meet the demands of pop-music. The arrangements, of course, plays a big part here. Therefore, Hubert Wolf arranges his titles himself. And the artist Wolf makes the strings produce unique sounds. He frees the zither and the popular songs of their cobwebs. With the result that titles like Snow Waltz, Kufstein Song – i.e. titles from popular hit parades – turn into pop-affairs which stand a good chance in the hit parades of this type of music. The medleys are ageless, the music, however, is suitable to the period. “With this music I am really happy”, says the trained trumpeter and violinist. And happy will be the various generations whom Wolf adresses (sic) with this album. “Zither-fiends” will not get one more in. The sound of Hubert Wolf is much too grand, too convincing – simple startlingly modern. Even stiff dolls will unbend.