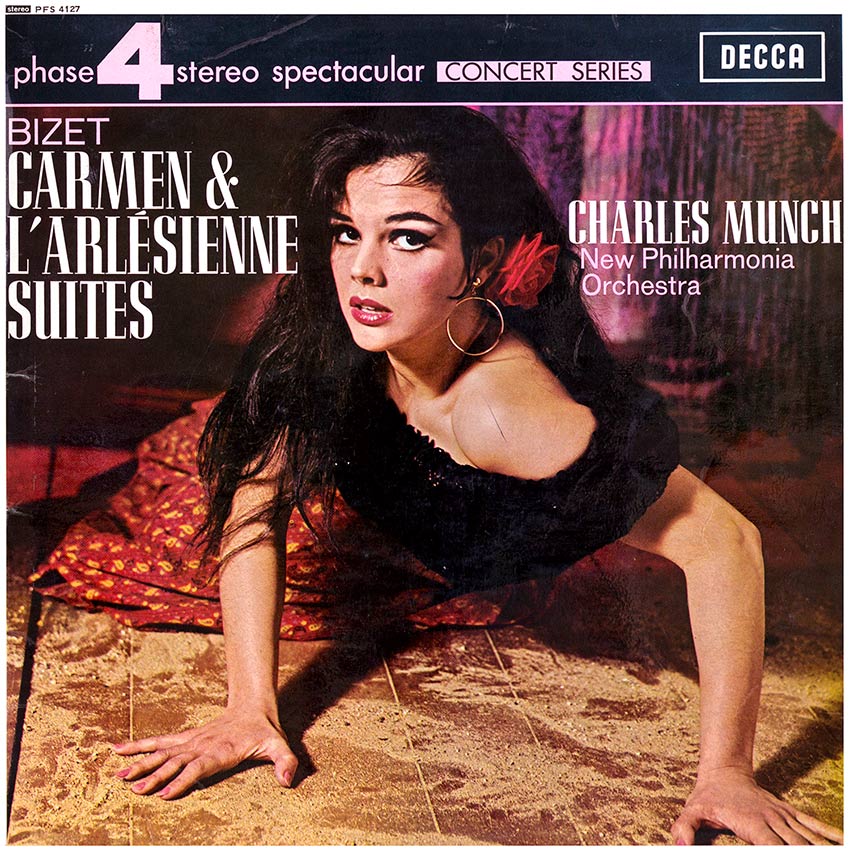 Georges Bizet died on June 3rd 1875, exactly three months after the first performance of his opera “Carmen”. He was thirty-eight. That this gifted man’s life should have ended so soon is one of music’s greatest tragedies, especially as he had just reached the height of his creative powers with the composition of what was to become one of the most popular of all operas. Born in Paris on October 25th 1838, Bizet showed musical promise at an unusually early age. Soon after his ninth birthday he went to the Paris Conservatoire. His teachers included Gounod and Halavy, whose daughter he was to marry in 1869, and he stayed there for ten years winning many prizes, including in 1857 the coveted Prix de Rome. A period in Rome followed, which proved to be a particularly happy time for Bizet; the beauty of the Italian countryside and the warm climate held a strong appeal.

Bizet ‘s total output covered a wide range of music including operas, orchestral works, choral music, songs and piano compositions, but only a small proportion of these are heard today. His next most important work was the opera “La Jolie Fille de Perth” (first performed December 26th 1867) and then in 1871 came the suite for piano duet “Jeux d ‘enfants” and the one-act opera “Djamileh”. “Djamileh” was generally deemed a failure, but it marked a significant step forward for Bizet as this particular work, unlike previous compositions which had displayed strong influences of such eminent men as Meyerbeer, Verdi and Gounod, contains some of the composer ‘s most original music. Bizet himself was convinced that with “Djamileh” he had found his true style, a style that was to pave the way for “L ‘Arlesienne” and “Carmen”.

The full score of Bizet ‘s incidental music to Alphonse Daudet ‘s play “L ‘Arlesienne” runs to twenty-seven separate items. Some are far too short to stand on their own, but all make considerable effect when heard in their proper context. The first performance took place on October 1st 1872 at the Vaudeville, Paris, and, owing to the current gulf between the literary and musical worlds, received only a mixed reception. Much of the audience maintained that the music hindered the dramatic action and added nothing to the story, but fortunately the more perceptive musicians recognized the score ‘s qualities. Soon after the first performance Bizet arranged four excerpts for full orchestra (the original was written for an orchestra of only twenty-six players) and these are known as Suite No.1. A second suite, also containing four movements, was arranged by Ernest Guiraud after Bizet’s death, but it is not nearly such a skilful adaptation as the composer’s own. On this recording all four movements of the first suite and the final “Farandole” of the second are performed.

The story of the play centres around the hero, Frederi, and his passionate love for a girl from Arles “L’Arlesienne”. Frederi wishes to marry the girl but his parents learn by chance that she has already had a number of lovers which she has cast by the wayside and the latest lover, Mitifio, produces letters which he has received from the Arlesienne. Frederi’s parents manage to persuade him to marry the charming Vivette and reluctantly he prepares for the wedding festivities. However, the fascination for the Arlgsienne is too strong for him and when the celebrations are at their height he goes up to his room. All the time he is plagued with a vision of the girl being carried off by Mitifio and, unable to take any more, he leaps from the roof of the farm buildings to his death.

Bizet’s music vividly captures the mood of the rustic drama set in Provence. The prelude is cast in three sections a set of variations on a Provencal folk melody is followed by a subdued saxophone solo (representing Frederi’s retarded brother l’Innocent), set against a hypnotic accompaniment that finally leads to a passionate theme for the strings depicting the irrepressible love which Frederi has for the Arlesienne. The appealing Minuetto has a flowing Trio of ravishing beauty and the simplicity of the gentle Adagietto for strings captures to perfection the scene where two childhood lovers, now well on in years, mere Renaude and the shepherd Balthazar, meet for the first time since those early days and exchange memories. The vigorous opening theme to the Carillon, backed by bell-like figures for the horns, gives way to a plaintive section for flutes and strings, associated with mere Renaude, before the horn theme returns to bring the first suite to a rousing close. The “Farandole” from the second suite contains material from various parts of the complete score and features Prominently the Provencal folk-tune heard in the prelude.

The “Arlesienne” Suites are justly famous, but it is for the opera “Carmen” that Bizet is best remembered. To this work, and this alone, must one turn to appreci-ate to the full this composer’s exceptional gifts for melodic invention, rich orchestral colouring and keen sense of drama. The opera, which has four acts, has a libretto by Henry Meilhac and Ludovic Halevy based on a story by Merimee. It was first performed at the Opera-Comique in Paris on March 3rd 1875. There have been conflicting reports as to the exact reception afforded these early performances, but one thing is certain and that is that Bizet had scored no triumph. Many critics recognised the inspired musical qualities to be found in Bizet’s score, but it wasn’t until after the composer’s death that the opera achieved anything like the popularity which it enjoys today.

The story of “Carmen” concerns the love of the gypsy, Carmen, and an officer , Don Jose. Carmen is arrested for attacking one of the other girls in the cigarette factory where she works and is led off to prison by Don Jose. Carmen, however, uses her charm and persuades Jose to let her escape. Jose soon becomes infatuated with her and, forsaking his true love, Micaela, goes off to the mountains with Carmen to take refuge with a group of smugglers. The dashing young toreador, Escamillo, has in the mean-time attracted Carmen’s attention and she transfers her affections from Jose to him. Micaela comes to the smugglers’ hideout and begs Jose to return home to see his dying mother. He agrees to go but determines to return to Carmen later. The scene changes to a street outside the bull-ring at Seville where Escamillo is appearing that day. Jose, still desperately in love with Carmen, approaches her and begs her to flee with him. She refuses and as she is mocking him he stabs her to death just as a cheer goes up from the bullfight crowd proclaiming Escamillo’s victory.

The opening prelude concerns the exuberant and colourful music of the bullfighters and Escamillo’s swaggering Toreador’s song followed by a complete change of mood as a dark restless string figure ushers in the dramatic Carmen theme. Next comes a tempestuous Aragonaise which forms the prelude to the final act, and then, in perfect contrast, the gentle Intermezzo which serves as an orchestral prelude to the scene in the smugglers’ den (Act Three). The brief prelude to Act Two (Les Dragons d’Alcala), set in the inn of Lillas Pastia, leads to the celebrated “Habanera”, which Carmen sings on her first appearance in Act One after she has come out of the cigarette factory. The Habanera, which starts off with a descending chromatic melody that is most alluring, is based on a song “El Arreglito ” by the Spanish composer, Sebastian Yradier. A lively march follows, heard first from a distance and then gradually getting nearer leading up to the changing of the guard (Act One) and the suite ends in a whirl of colour and excitement to the strains of a brilliantly orchestrated gypsy dance (Act Two).