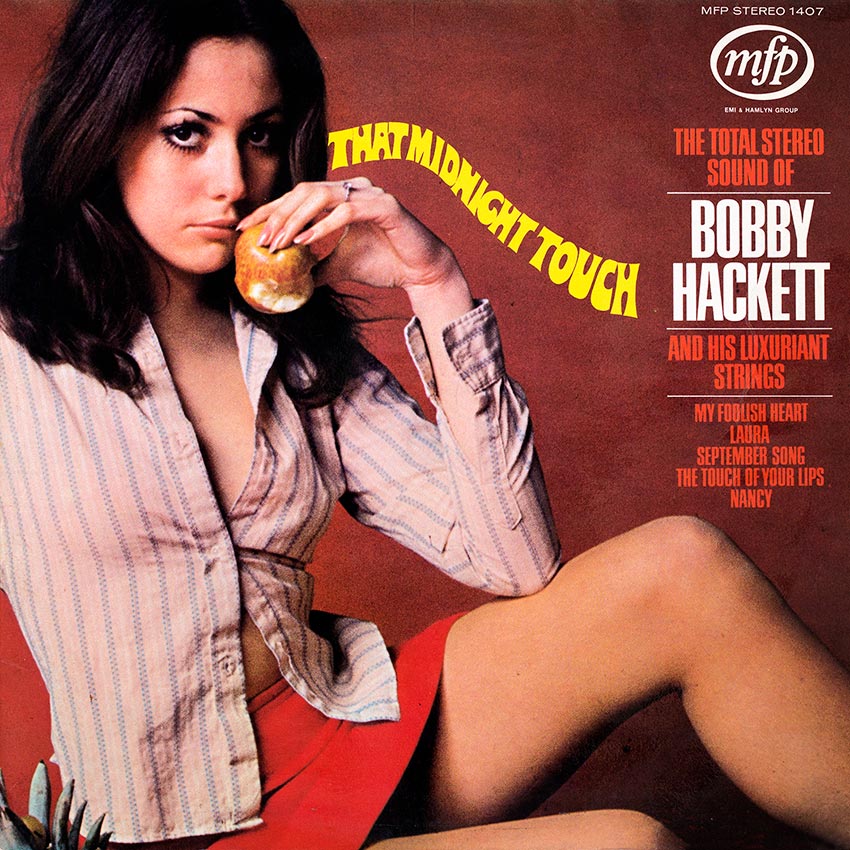 “Sit back, listen and relax to the sound of Bobby Hackett, the man with the golden horn.“

How can anyone who has heard the playing of Bobby Hackett ever forget it? There are twelve superb melodies on this album, written by such great men as Duke Ellington, George Gershwin and Victor Young. Bobby Hackett plays the cornet, the smaller more nimble relative of the trumpet, and his improvisation of each of the twelve melodies, enhanced by the full impact of total stereo sound, creates music to relax to, distortion free sound.

Bobby Hackett is backed softly throughout this record by strings, and towards the end of his playing of the Victor Young melody “My Foolish Heart”, one of the two tracks on this album that are opened by his mellow cornet, there is a short, but splendid solo for the electric guitar. His interpretation of “I guess I’ll have to dream the rest” is quite delightful. This tune dates back to the days of the big band era, and has lingered throughout the years losing none of its original appeal. He plays the George and Ira Gershwin tune “Delishious” which also dates back a good many years, to the early 30’s when it was written for the first Gershwin musical of the same name. He follows the strings and piano into the Duke Ellington number “All too soon”. A typical Ellington number which Hackett interprets enchantingly.

To complete this wonderful album Bobby Hackett gives the old Viennese waltz “Stars in my eyes” composed by Fritz Kreisler, an unusual treatment, for it has a Latin beat, the tempo being set by the guitar and rhythm.

Sit back, listen and relax to the sound of Bobby Hackett, the man with the golden horn.