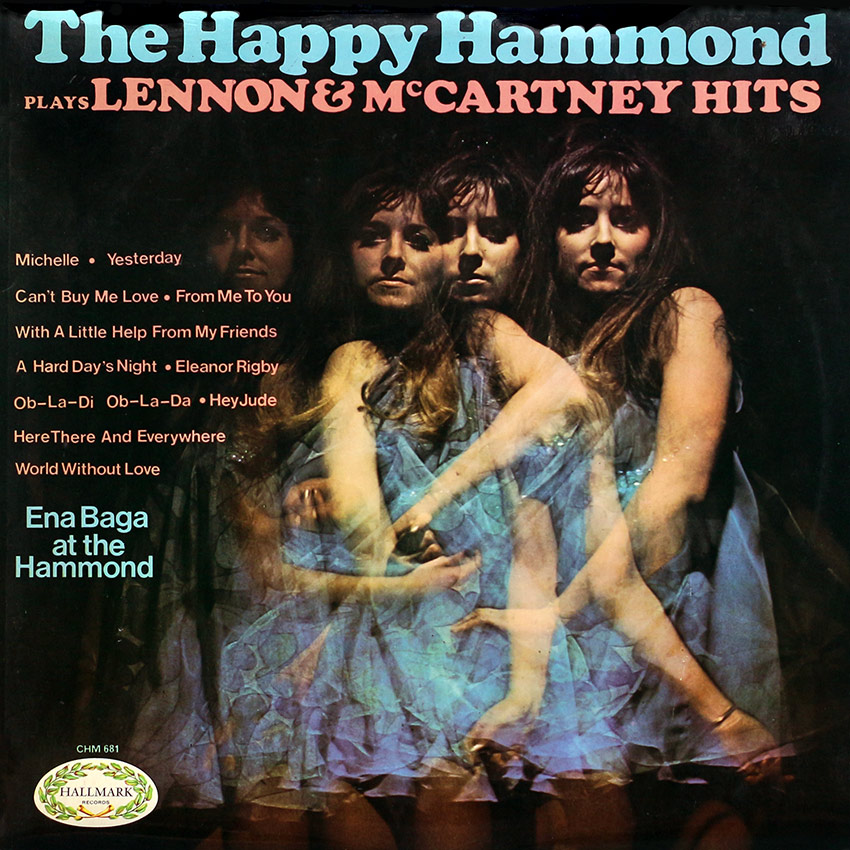 Such was the enthusiasm with which Ena Baga’s first Hallmark album (CHM601) has been received that further albums were inevitable. This is the first of these albums. Ena, one of four musical sisters, was giving public performances as a church organist at the age of twelve and was a professional cinema organist at the age of fourteen, initiating a glittering career which has taken her to the four corners of the earth with highlight such as Command Performances at Balmoral Castle and a five year stint at the world famous Tower Ballroom, Blackpool. Now, as chief demonstrator and organist at the Sound of Music Organ Studios at Chiswick, Ena is passing on her vast experience to the organists of tomorrow and this album of Lennon and McCartney hits, played on a Hammond M100, not only demonstrates the capabilities of this organ but also Ena’s great talent.