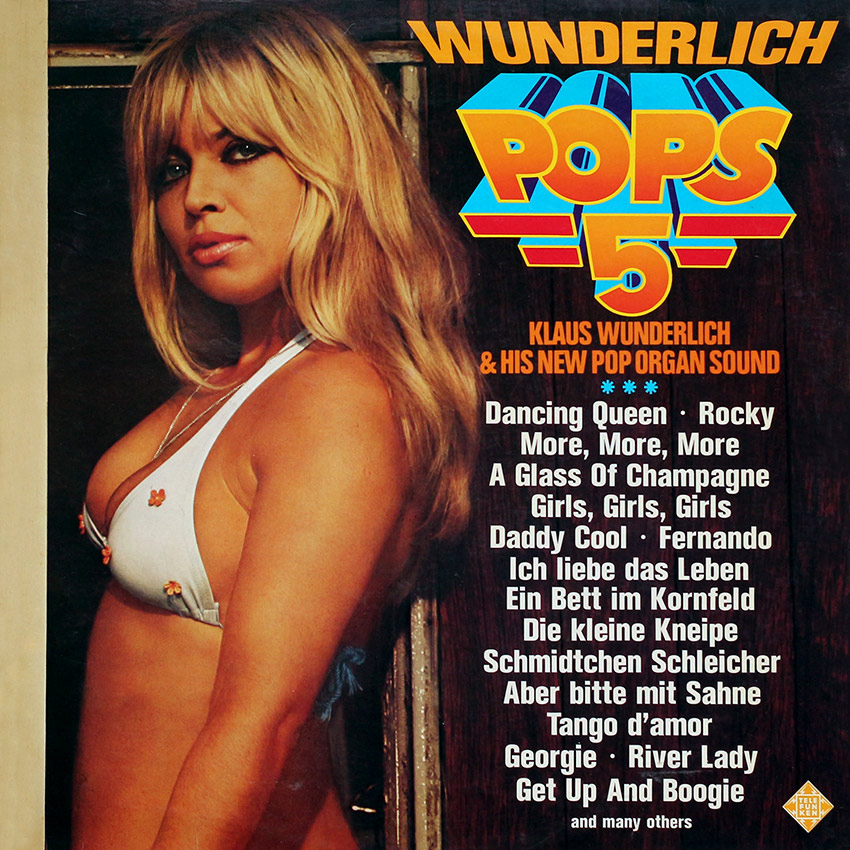 The ‘New Pop Organ Sound’ – what is that? With all due modesty: technically it is the most ingenious and musically the most fascinating production, which has been made to date with the electronic organ and it was created by a single artist: by Klaus Wunderlich. Connoisseurs have said: there is no one in the world to match him and his New Pop Organ Sound.

At the beginning, there was the good old Hammond H 100. Then, in 1974, Klaus Wunderlich had the idea of supplementing the unmistakable Hammond Sound with two more organs. He added a Lowrey H 25-3 and a Wersi W 248 S. With these three organs in his studio Klaus Wunderlich has at his command an infinite variety of sounds at his disposal. When you hear instruments like trombones, accordions or even strings of this LP, these sound colours will on generally from the Lowrey Organ. Piano, harps or similar effects are played by Klaus Wunderlich on the Wersi organ, The Hammond H 100 generally takes care of the melody line.

In his studio Klaus Wunderlich mixes his completely individual sound – the ‘New Pop Organ Sound’ – the sound of a large orchestra – on his three organs. Just two musicians, who add certain rhythm elements, help him in his work.