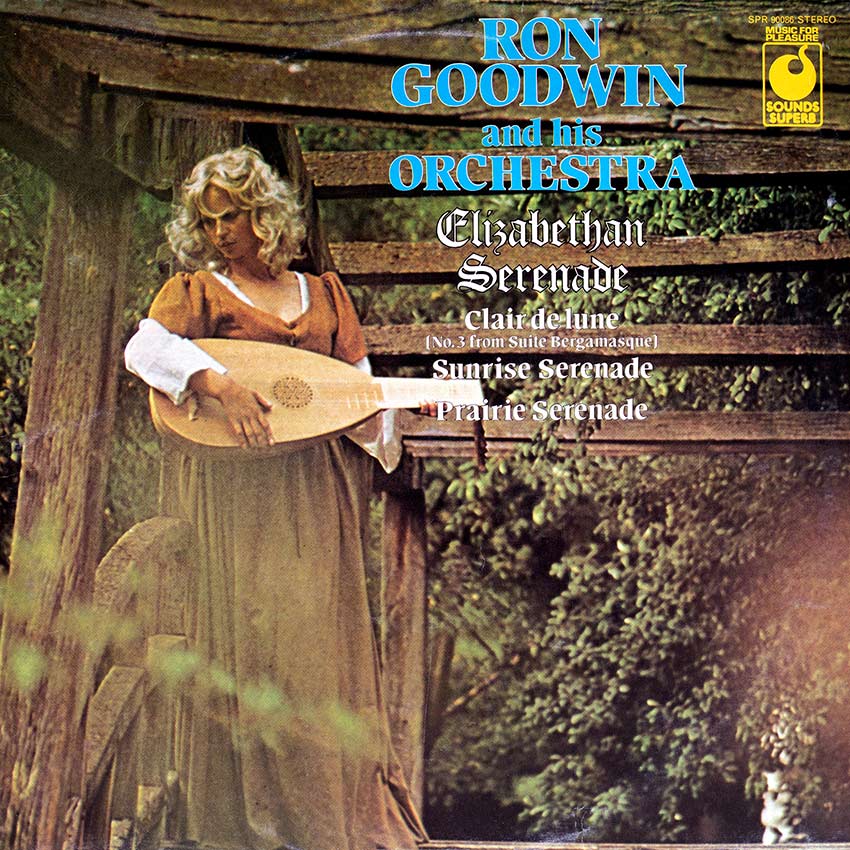 This interesting album of contrasting serenades demonstrates once again the musical skill and versatility which has placed Ron Goodwin rightfully in the top league of British and international light music. All-rounder is something of a double-edged description, implying a jack-of-all-trades but possibly a master of none. However, in Ron’s case, he excels in every area of music in which he chooses to participate, from conducting concerts of popular music with the Bournemouth Symphony Orchestra; the Royal Philharmonic Orchestra; the Royal Liverpool Philharmonic Orchestra, and the Toronto Symphony Orchestra to writing a string of highly distinctive and successful film scores 633 Squadron, Where Eagles Dare; Day Of The Triffids and Monte Carlo Or Bust amongst them), and finding time to encourage and assist young musicians with the Hampshire Youth Orchestra.

Ron was born in Plymouth in 1925, the son of a policeman and began piano lessons when he was five. The Goodwin family moved to London four years later, and Ron learned the trumpet whilst at school taking musical theory as a subject in his matriculation examination. He formed his own semi-professional band called the Woodchoppers, but in deference to his mother’s doubts about the security, status and prospects of music as a career, took a job as a junior clerk in an insurance office. After repeatedly catching him fixing gigs for the Woodchoppers over the office ‘phone, Ron’s boss advised him to forget insurance and take his chances in music.

He started as a copyist for a music publisher, studying arranging and also playing trumpet with Harry Gold’s Pieces of Eight. Ron added orchestration and conducting to his study schedule, and began arranging and conducting accompaniments for singers on records. Then he started recording in his own right with a concert-sized orchestra, and his LPs are widely popular at home and abroad. The film world soon realised the extent of his talent, and Ron Goodwin grew into the first-class musical all-rounder that he is today.

Here you have the opportunity of enjoying some scintillating serenades as he draws his material from the classics, the film world, the big band repertoire and his own lively imagination.