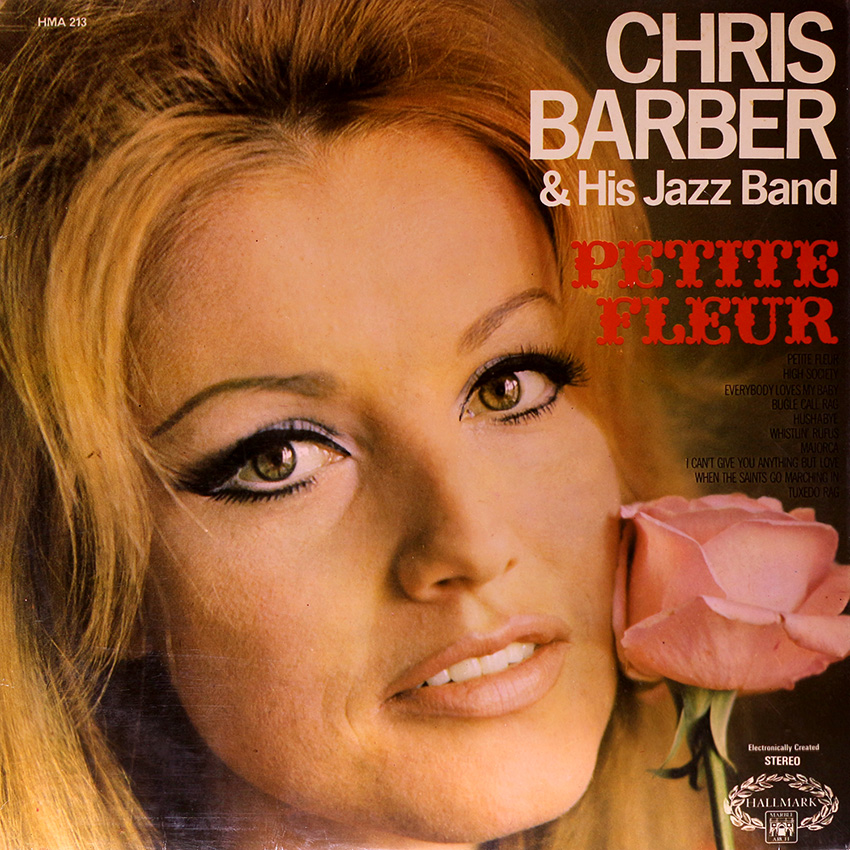 The legendary jazzman, Sidney Bechet, wrote “Petite Fleur” around 1952, when he was living in Paris, and just nine years later Chris Barber saw his version of the song become a hit in Britain and America.

Barber, who was born in Hertfordshire in 1930, became one of the most popular figures on the traditional jazz scene during the 1950s, although he had been playing trombone around London clubs just after the war and had, in fact, formed his own band before deciding to team up with Ken Colyer. It was when Colyer left the band and Barber took over that he also began to experiment with small musical combinations within the framework of the band, and from this emerged a skiffle line-up that included Lonnie Donegan.

Barber’s style of traditional jazz, his flair for choosing the right kind of personnel to work with, notably the clarinettist Monty Sunshine, has earned him world-wide acclaim and respect.

“Petite Fleur” is an album that contains some memorable examples of his work during the days in the fifties when the trad jazz boom was at its height, and even today it makes easy and highly enjoyable listening.