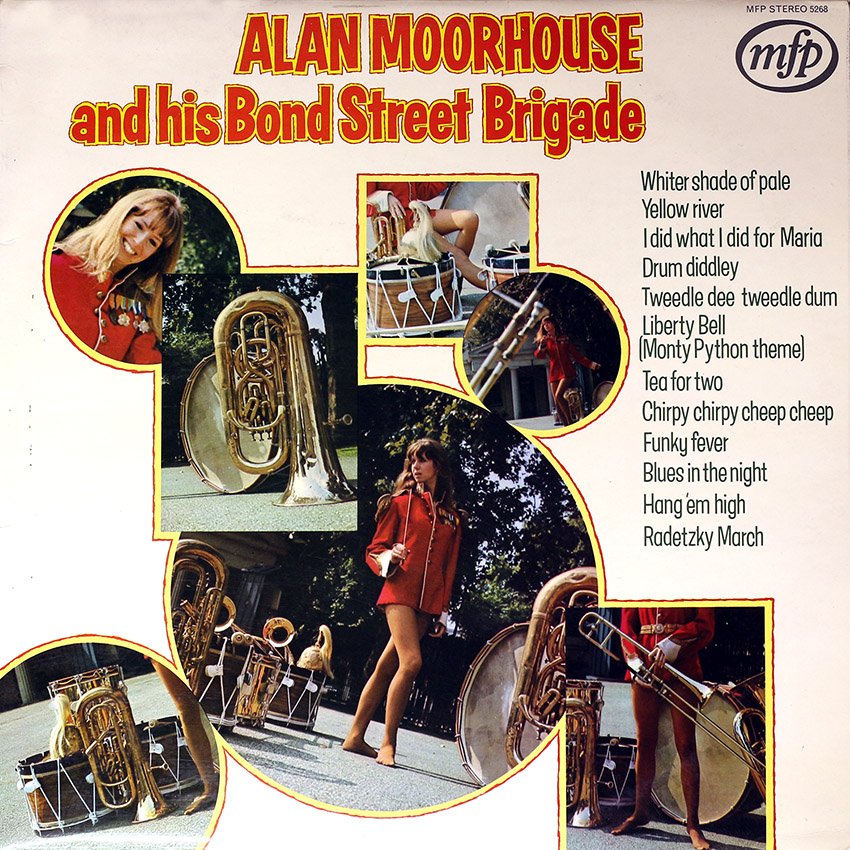 If you have never before heard Alan Moorhouse and his Bond Street Brigade then you have really been missing something! Most of the tunes on this album are very well known, but it\’s unlikely that you have ever heard such thrilling arrangements and performances as these. Just listen to the excitement and originality of this band.

Alan Moorhouse himself knows bands inside out. He has been in the music business most of his life, starting off as a trumpet player. He then developed his skills as a music arranger and as such has worked with many famous artists, including Joe Loss. He is also a songwriter of some distinction, having co-written “Boom Bang-A- Bang”, the hit with which Lulu triumphed in the 1969 Eurovision Song Contest. And of course Alan also makes records with the Bond Street Brigade! This one certainly has something for everyone. Each side opens with a stirring item – Side One with “The Liberty Bell” and Side Two with the famous “Radetzky March”. There are two songs which were smash hits for Middle of the Road – “Chirpy Chirpy, Cheep Cheep” and “Tweedle Dee Tweedle Dum”. You will also hear the theme music from one of those tough Italian westerns which starred Clint Eastwood – “Hang ’em high”, some of Alan Moorhouse’s own compositions, plus “Yellow River” and lots more!

Whatever your taste in music you should enjoy the superb stereo sound of Alan Moorhouse and his Bond Street Brigade, specially recorded for Music for Pleasure.