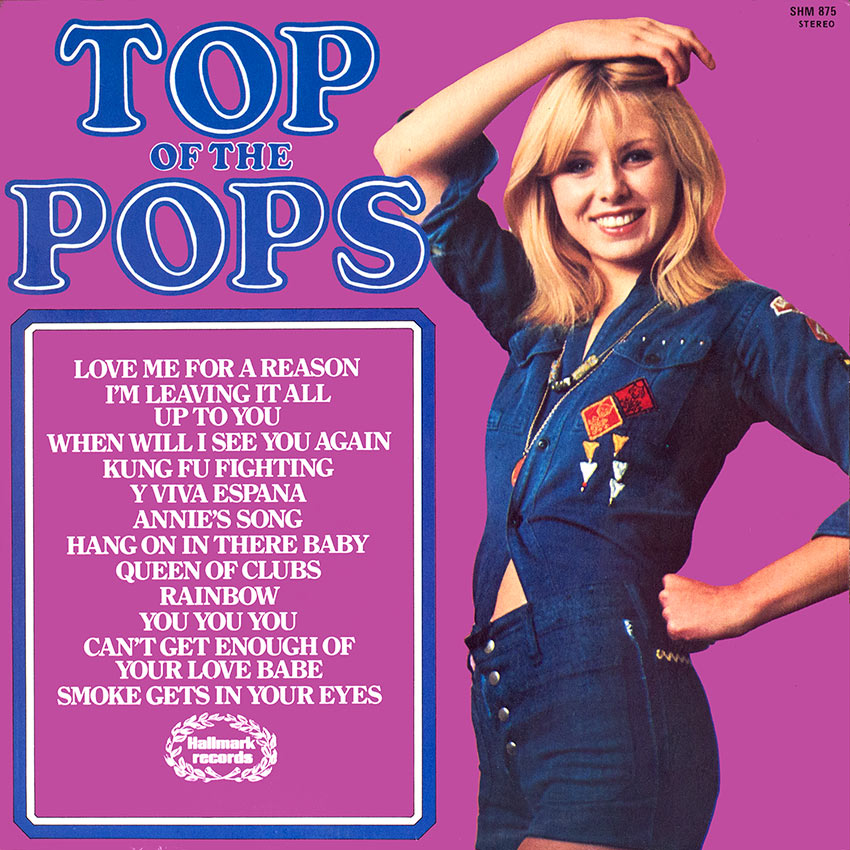 “What is the phenomenal release that will have legions of pop fans racing to their local record dealer or department store? Volume 40 of Hallmark Records’ Top of the Pops – a series, which since it was inaugurated six years ago has sold six and a half million records in the UK alone, more than half of those being sold in the last two years”.

No we’re not blowing our own trumpet. This was a quote from the 31st August edition of “Music Week” the leading Journal to the record trade. You want to hear more? yes? Right, here goes – from the same feature article.

“To a great extent, we have a regular buying clientele, although I think we are getting new customers all the time. Many people send us letters, telling us that for some reason or other they’ve lost or damaged one of the volumes, and would it be possible to obtain a replacement, otherwise their set will be incomplete. I’m sure that the Top of the Pops will continue as long as we give tremendous value for money and don’t go amiss with our choice of titles”.

We think this is enough to show what a great buying public we have for the longest-running, best-selling, regularly released album in the world.