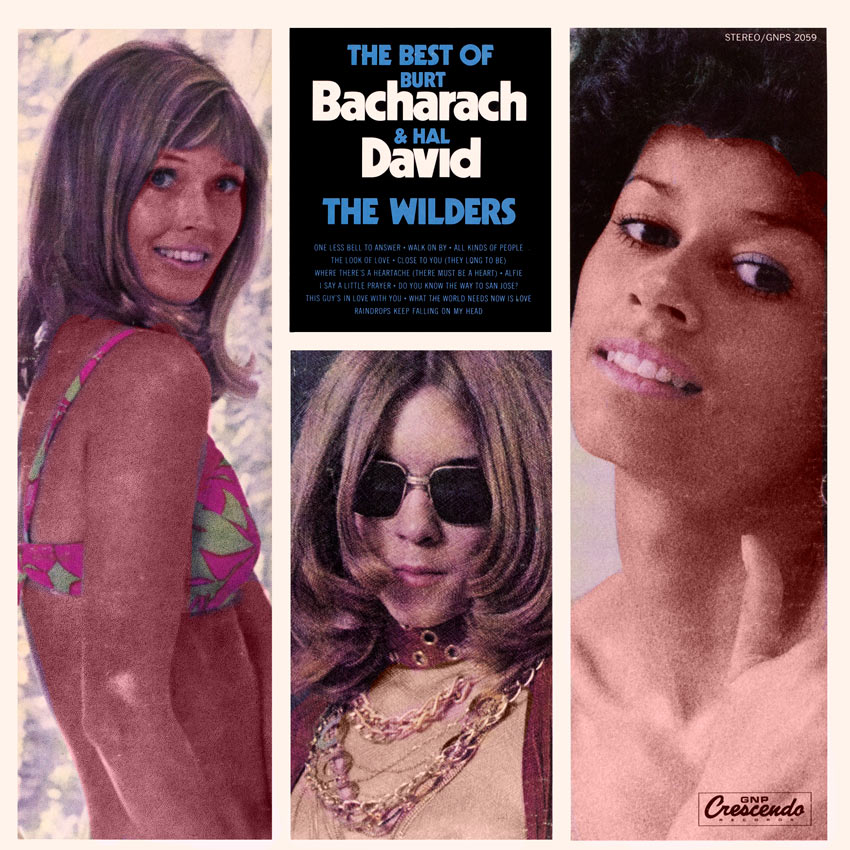 Burt Bacharach (his dad’s the syndicated columnist) is talented, youthful, versatile, hand-some, amiable, respected by his colleagues and married to a beautiful movie star (Angie Dickinson). He’s internationally known as a top notch composer, a skilled conductor and arranger, a creative producer of records and a singer-per-former with enough artistry and charisma to make it very big. He is already one of the largest talents on the contemporary music scene, and – despite his remarkable multiple successes – just about everybody seems to like him, even his very gifted lyric writing partner. Bacharach wrote his first song at twenty-one while studying music at McGill University in Montreal, and later – after a military career as a “concert pianist” in the Army in Korea – mooed into the “pop” world via successes as a pianist in top New York clubs. In Manhattan, he began to collaborate with Hal David and today Bacharach and David seem to write almost nothing but hits for stage(Promises, Promises), screen (What’s New Pussycat?, Alfie and Butch Cassidy – for instance) and disks (too numerous to list). They’ve won all the prizes and awards – Grammy, Oscar and Tony.

Hal David is warm, gifted, thoughtful, both serious and easy-going and married for twenty-two years to his childhood sweetheart. Hal and Anne David are the parents of two sons, one eighteen and the other twelve, and the clan lives comfort-ably in what was once the dairyman’s cottage on the former Clarence Mackey estate in Roslyn, Long Island. The house, with its large rooms and sixteen inch thick walls, is as solid as this creative man and his talents. He is undoubtedly one of the most successful lyric writers of today, and his works are so esteemed that a collection has been published as poetry by Trident Press with the title What the World Needs Now and Other Love Lyrics. Dionne Warwick, the magnificent singer who has done so much with Burt Bacharach’s melodies and David’s words, has described the lyricist as “a man of sensitivity and kindness, vulnerable to the world and worldly things…a man who feels things deeply!’ A great many people all over the world seems to feel deeply about the same things, as the global popularity of the Bacharach and David songs testifies. Following in the footsteps of his brother Mac, a fine song writer with many successes, Hal David has been growing steadily in achievement and recognition since he sold his first song in 1947. Today, he and his collaborator stand at the top of their profession.

Though their musical careers have spanned many years, the approach of the Wilder Brothers; George, Walter and Warner, is as contemporary as the musical magic of Bacharach and David. Their first important “gig” was appearing, all three of them together, in the sax section of the Stan Kenton band. They played collectively and/or individually with the Les Brown, Tommy Dorsey and Charlie Barnet bands. Forming their own act some years ago, they continue to appear in Las Vegas and Lake Tahoe; the Cope in New York, the Star On The Roof at the Beverly-Hilton in Los Angeles, the Roosevelt Hotel in New Orleans and many other leading showcases throughout the U.S. Their T.V. credits include the Ed Sullivan Show. Simultaneously they became involved in record production and eventually started their own studio. Among the many stars they’ve “produced” have been Wayne Newton and Dick and Deedee, including their super-smash “Mountain-High!’ The studio gave The Wilders the unique opportunity to explore and experiment – to search for inventive new sounds. The results are evident in this album – a distinctive new style emerges – reminiscent of their early years in the Big-Band era – but as fresh as tomorrow morning’s news-paper. The warm resonance of their reeds, featuring the clarinet lead, supported by brilliant brass and modern rhythm, add an irresistably romantic flavor to the superlative songs of Bacharach and David.