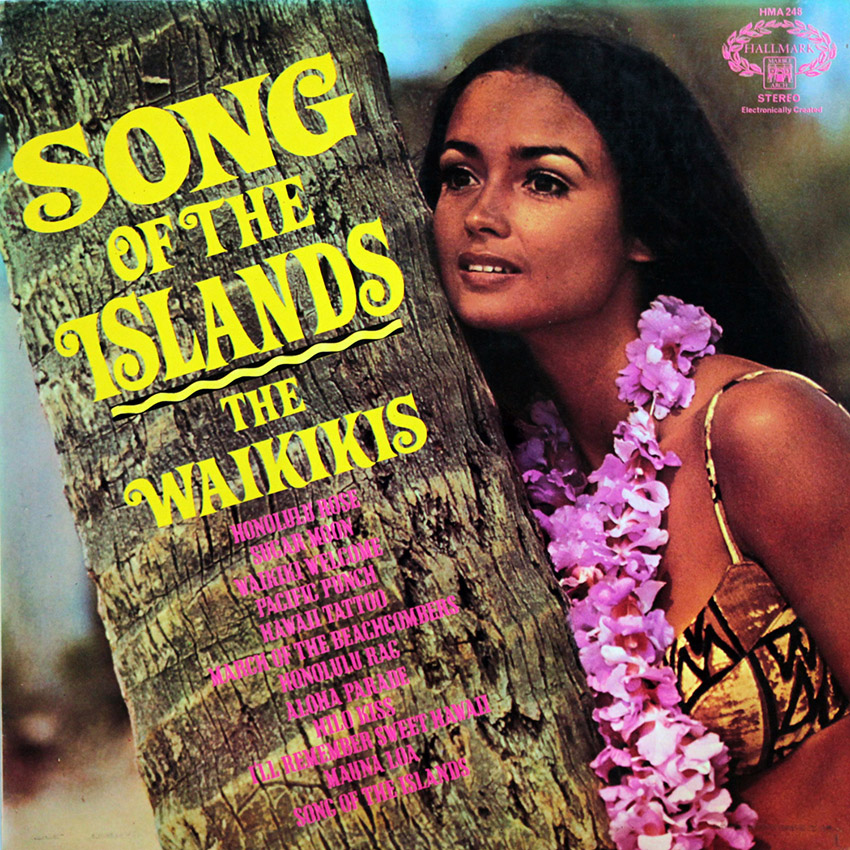 In direct contrast to the frantic, frenzied, frenetic pop music of the Western World, the haunting, romantic, nostalgic music of Hawaii evokes visions of Sunshine, Surf and Sea.
In both musical styles the guitar is the chief instrument, but to what different ends! On the one hand we have beat, aggressive rhythm and a brash yet not unattractive harshness; on the other, a gentler, soothing, melodic sound with a subtle hint of sadness.
There is an indefinable something about Hawaiian music that reaches to the very heart; and the Waikikis – exponents of Hawaiian music in excelsis – take the basic melodies, smooth them, polish them, add their own inimitable orchestrations and then play their hearts out to reach right into your heart.
On this album you will hear some of the most popular Hawaiian melodies played by the Waikikis – and that is hearing Hawaiian music in its superlative best. Just settle in your armchair and let the Waikikis waft you away to blue tropical skies and a dream world of peace and contentment.