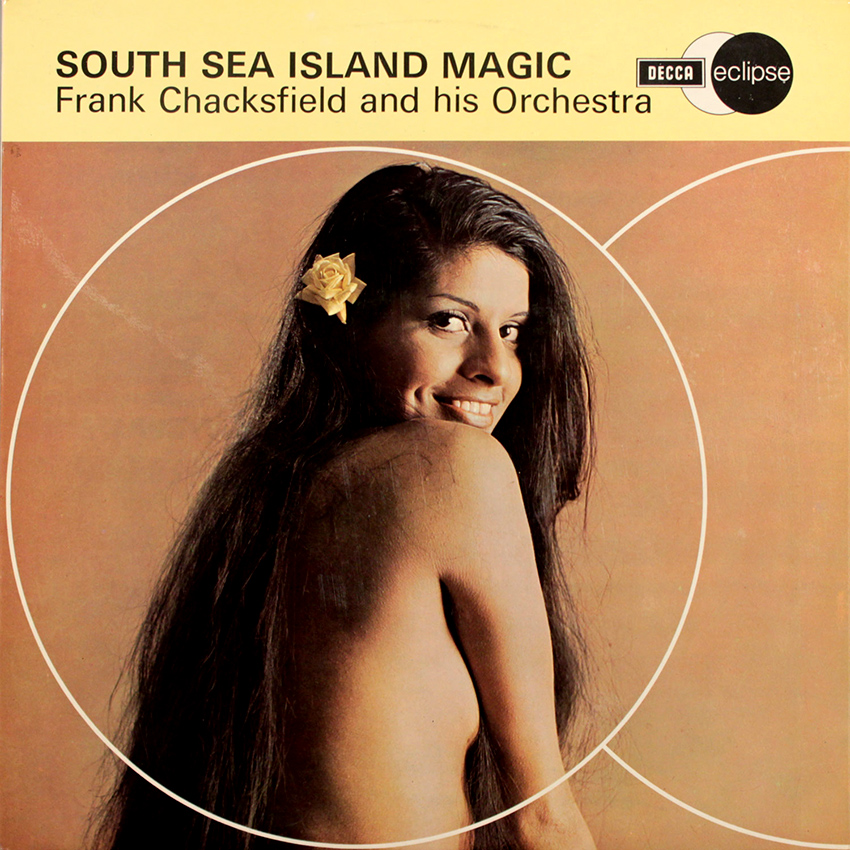 This album by Frank Chacksfield was issued in both mono and stereo versions as many albums were during the sixties. Which one you bought was determined by whether you wanted to pay a dollar or pound more for the stereo version and/or whether you owned the equipment needed to play stereo records. Records released in the popular music (pop) genre were often given a stereo release as an after thought, if at all, especially during the first half of the sixties. The majority of teenagers who were the main audience for pop music owned simple mono records players such as the famous Dansette and with limited budgets buying mono was a sensible decision. Those who bought the first Beatles album “Please Please Me” on release in stereo would have made a very sound investment as a mint copy now fetches upwards of £4500 ($6000) when coming up for auction. If you fancy owing one of the Dansette record players be prepared to find several hundred big ones.

Here in the bountiful islands of the South Seas there is magic in the very air that surrounds us. It soaps us round softly and soothingly, touching the skin with an infinite gentleness.
At night the whole symphony changes into a minor key. This is the time for the magic of music which grows out of the South Sea Islands as naturally as do the palm trees. The Indolent, wandering sound of the guitar carries far in the night as reaching out in the darkness to those who wish to hear without being seen. The touch of the tingling strings is carried on the light breeze along the beach and the plaintive call of the horn speaks out to express what words cannot. This is the music of a happy and friendly people; it is, like the traditional garland of flowers, a gift with which they greet the visitor; it is the magic by whose means they share their blessings with all the world.
Chief dispenser of all this magic is our own Frank Chacksfield, a man who understands as well as anyone in the world how to paint a landscape in music. Not all of us can visit the South Sea Islands and that is why Frank Chacksfield has devoted his life to bringing harmony and relaxation to those who must stay at home. He was born at Battle in Sussex and studied music from the age of seven, first the piano and then the organ. Before he was fourteen he had appeared as soloist at the Hastings Music Festival. At the age of fifteen he formed his own dance band, but his parents were against his embarking on a musical career and he started working in a solicitor’s office.
Undaunted, Frank worked all day at the Law and at night he studied music. In 1940 he joined the Army and his chance came when, after being transferred to the Southern Command Entertainments Section at Salisbury, he became Staff Arranger to the War Office shows “Stars in Battledress.” Sharing the same office was comedian Charlie Chester and the next step for Frank was a job as musical director with “Stand Easy” at Blackpool. Later he became a composer, arranger and conductor for a number of famous B.B.C shows and from that time onwards his place in the public eye could be said to be firmly established. Frank’s particular virtue is the presentation of popular music, or, as we see here, the imparting of magic to the score. His version of the theme from Limelight recorded for Decca in 1953 became one of the most notable best-sellers of that memorable year. Here once again he proves that even the best of music can benefit infinitely under the baton of the best of conductors.