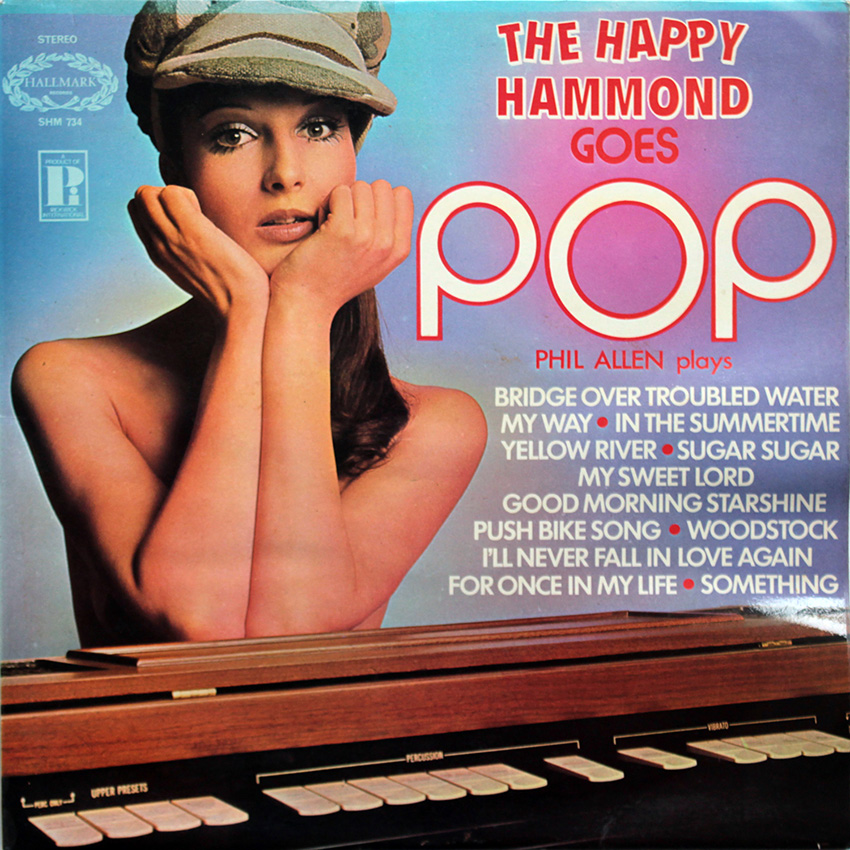 There are some people for whom the sound of a Hammond organ means musical paradise on a grand scale, while for others it’s just another boring organ sound. But we’re not concerned with the latter-although it might surprise them to realise just how versatile the Hammond can be when it’s well played, and is matched with a selection of songs that bring out the best in it.

In fact that’s what the songs on this album have done, as the Hammond organ really goes “pop” in the direction of some of the most tuneful songs ever to feature in the pop charts of recent years. Songs like “The Pushbike Song”, “Sugar Sugar”, “Yellow River”, are pop at its purest, but alongside them are the pop songs like “My Way”, “Bridge Over Troubled Water”, and “My Sweet Lord”. that not only add lustre to the pop charts by being rather less obvious hits, but which go on to join that long and exclusive list of songs known in the business as standards.

But forget about categories of songs and where they figured in the charts. Instead just sit back and enjoy the dazzling sounds that come from the Hammond organ and if, by the time this album has ended, you’re not among the happy band of people who like their pop music played in a lively and different way, then we’ll be very surprised be very surprised.