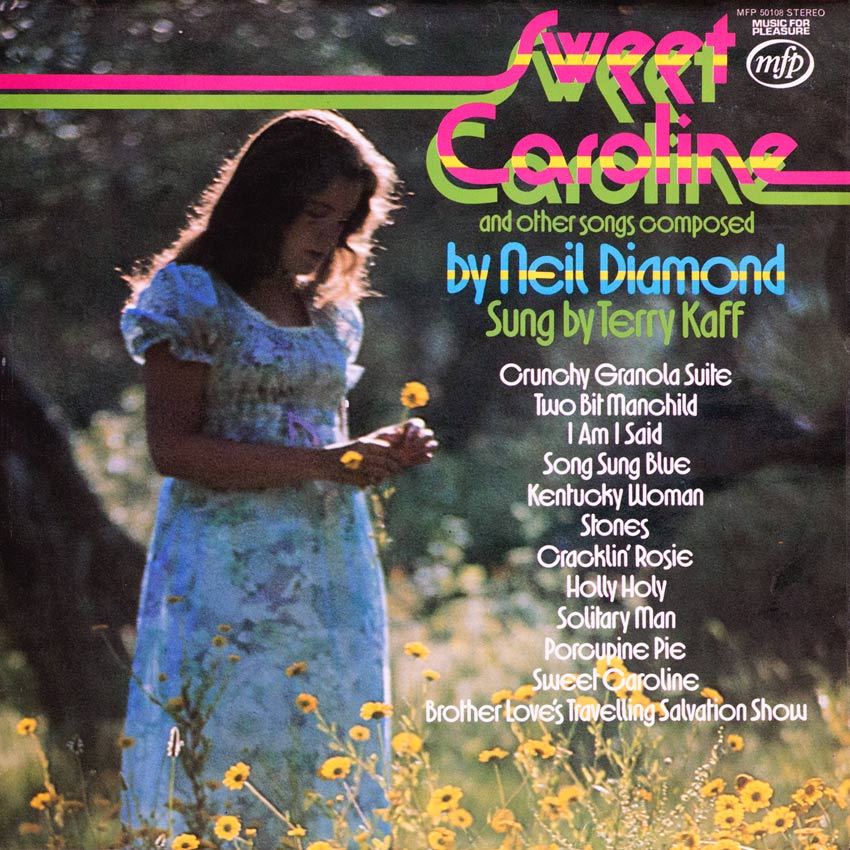 Hand in hand with Neil Diamond’s success as a major recording artist goes his substantial reputation as a songwriter, and the songs interpreted so ably here by Terry Kaff are representative of the very best of the man’s prolific output. Some made the charts as singles, some were tucked away in albums, all are instantly memorable and evocative compositions which underline the fact that Neil Diamond is one of the most perceptive writers on today’s music scene.

Neil Diamond grew up as a shy, withdrawn loner in one of the tougher suburbs of Brooklyn. It was the kind of background which has a profound influence on a youngster’s attitudes and life-style, it could have affected Diamond in several very different ways.

At first he found himself in constant conflict, drawn into fights with rival neighbourhood gangs “Before I discovered I could write songs, fighting was the only way I had of expressing myself,” he recalls.

“The big kids all had zip guns. Well, one night we had a big rumble on the parade grounds in Brooklyn and I got shot in the face twice by CO2 pellets and that’s what made me cool it.”

So the youngster who till then had seemed set fair to turn into a hoodlum looked for a new outlet and found it, surprisingly, in poetry and love poems “I always used to wonder why I never got invited to parties and things, it was just that I was too shy to push myself forward but then when I found I could put my feelings into words then things went better.”

Diamond’s words in fact summed up the emotional stresses not only felt by himself but shared by a generation : “Kids like my songs because they see I’ve been through the things they are going through.”

Perhaps this is why it’s Diamond’s songs themselves, even more than his personal recordings of them, which have won so much respect.

With some successful singer/songwriters it is their own interpretation of their work which matters ; Diamond’s songs are different, they can be tackled in different ways by different artists without their effectiveness being in any way diminished.

The Monkees, Lulu, Cliff Richard, Aretha Franklin, the Four Tops, Andy Williams, Ray Charles and Deep Purple are just a few of the many world-renowned artists who have tackled Diamond’s songs in a wide variety of styles’ – and had hits with them.

Diamond himself, despite a string of American chart-stormers, had to wait until 1970 and the catchy Cracklin’ Rosie before notching a hit in this country, earning a silver disc in the process. He quickly followed through with Sweet Caroline and the autobiographical ballad I Am I Said both of which made the top-ten, while his concert appearances have been critically acclaimed box-office sell-outs.

Here Terry Kaff sings twelve masterful compositions which clearly demonstrate the eminence in the field of popular songwriting enjoyed by one of the finest exponents of this art Neil Diamond.