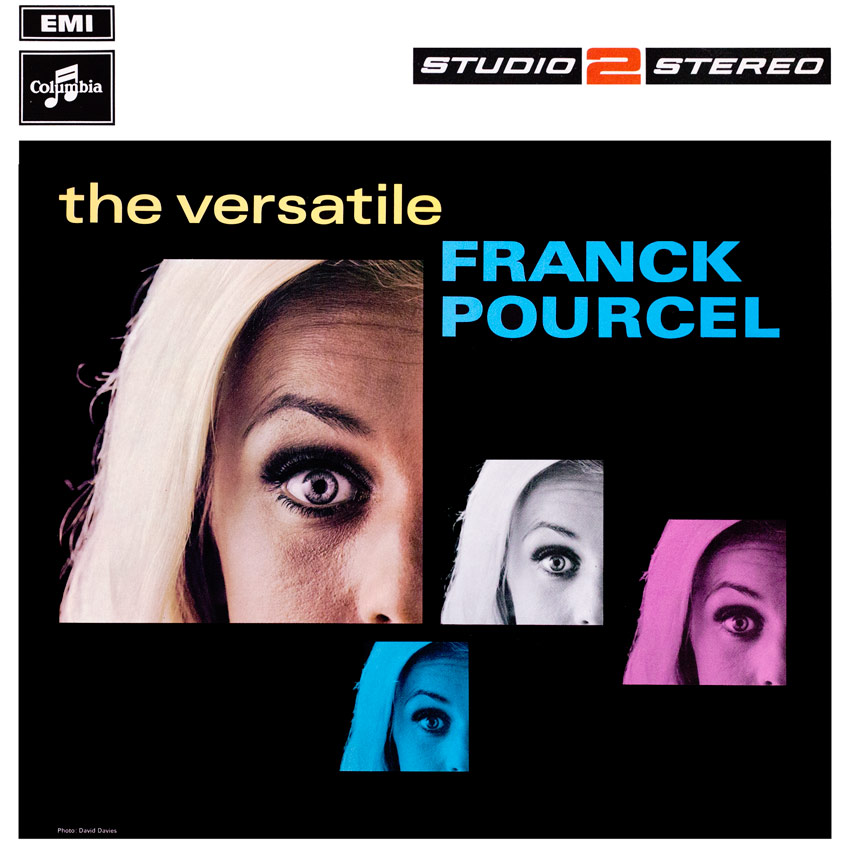 With this album Studio Two presents just three of the many facets in the musical talent of the distinguished French conductor and arranger, Franck Pourcel. It contains some very individual arrangements of chart-toppers, a selection of Tangos and a collection of vintage numbers from the 1920s.

They say in France that if you were to make one large pile of all Franck Pourcel’s microgroove records which have been sold throughout the world you would have the equivalent in height of twenty Eiffel Towers one on top of the other On the personal level, despite so much success, Franck Pourcel is the “quiet man” of popular French music. This is perhaps surprising, for when you hear him speak you know immediately he comes from the warm-blooded, argumentative South of France. He’s only kept the accent!

In his orchestrations Pourcel has always put the emphasis on the string section. Even in 78 r.p.m. days the superb violin tone which came through his shellac recordings for La Voix de son Maitre (French H.M.V.) was phenomenal for the time. This impeccable string tone remains the Pourcel hallmark. just as the quality of the melody is the chief consideration in his choice of repertoire. His ‘pop. arrangements frequently transform the slightest thematic notion into a piece we can enjoy hearing time and again. One of his biggest successes was in the ‘singles’ field. He recorded Only You in the United States two years after it had gone out of the charts and sold 2,400.000 copies! The first recording Franck Pourcel ever made, back in 1952, was a tango – Leroy Anderson’s Blue Tango. His treatment of the four tangos here is majestic; the strings in full concert array playing in the grand manner with the renowned accordion virtuoso, Joss Baselli.

It’s to be expected that a Frenchman from the Midi knows a good vintage when he hears it I 1925 was the year of Chaplin’s Gold Rush, “bijoux de fantaisie” and The Charleston. 1925, too, was the year Maurice Chevalier, he was already 37 then, told his cheeky little tale of Valentine showing how the physical attributes of a young girl can so change with the time that you may not recognize her years later when she is all big feet and double chin.

Franck Pourcel finds 1926 a vintage year as well. How his strings can make the Black Bottom bounce again, likewise Tiptoe Through The Tulips. No, No Nanette was the musical show of that year, and we hardly think it was by accident that Franck Pourcel chose:
“I want to be happy, but I can’t be happy, Till I’ve made you happy too”.
Merci, maitre Pourcel.