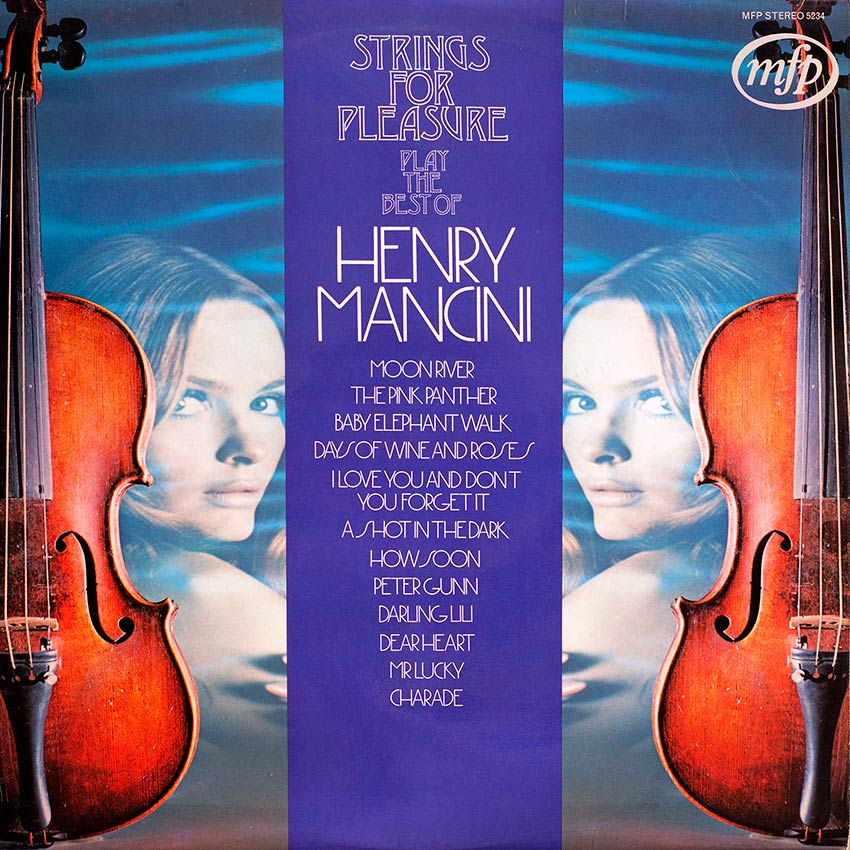 Henry Mancini has written music for many films. Some of these films will disappear over that ‘wide blue horizon’ into oblivion and some will linger on in the memory. Mancini’s music will long be remembered and this A due to his talent for writing music that not only enhances and matches the mood of a film but also stands on its own when removed from the context of the film. This album covers the past few years during which time Mancini has written some of his best music. It is bang up to date including “Darling LA”, a 1970 Julie Andrews opus that was not particularly successful but the Mancini score made its mark and the title song is quite delightful.

Probably, the most popular of all Mancini’s scores was written for “Breakfast at Tiffanys” which starred Audrey Hepburn and contained that very beautiful number “Moon River”. It won an Oscar for Mancini in 1961. Audrey Hepburn was associated with Mancini again for that carefree thriller set in Paris “Charade” Mancini won another Oscar the year after Moon River for “Days of wine and roses” the title name of a fine, dramatic film that starred Jack Lemmon and Lee Remick.

Peter Sellers starred in two comedies that had Mancini scores; “The Pink Panther” and “A Shot in the Dark”. The Pink Panther theme went on to be incorporated into the cartoon feature of the same name that has proved to be a very popular T.V. programme. Peter Gunn started his private eye career on the small screen and it was some time before he reached the cinemas. The original Peter Gunn LP was a million seller.

One of the best examples of how well Mancini captures the atmosphere of a film is “Baby Elephant Walk” from “Hatari” Do you remember that delightful scene where Elsa Martinelli takes the baby elephants down to the river to have a bath? Mancini’s music sums A up beautifully.

All these themes plus the gentle “Dear Heart” the rather cheeky “I love you and don’t you forget it’ and the exciting “Mr. Lucky” theme add up to a record that can be enjoyed by all.

After filming “The Pink Panther” Peter Sellers said “Henry Mancini is one of the most talented fellows one could wish to meet”. You can meet him quite easily simply play this record.