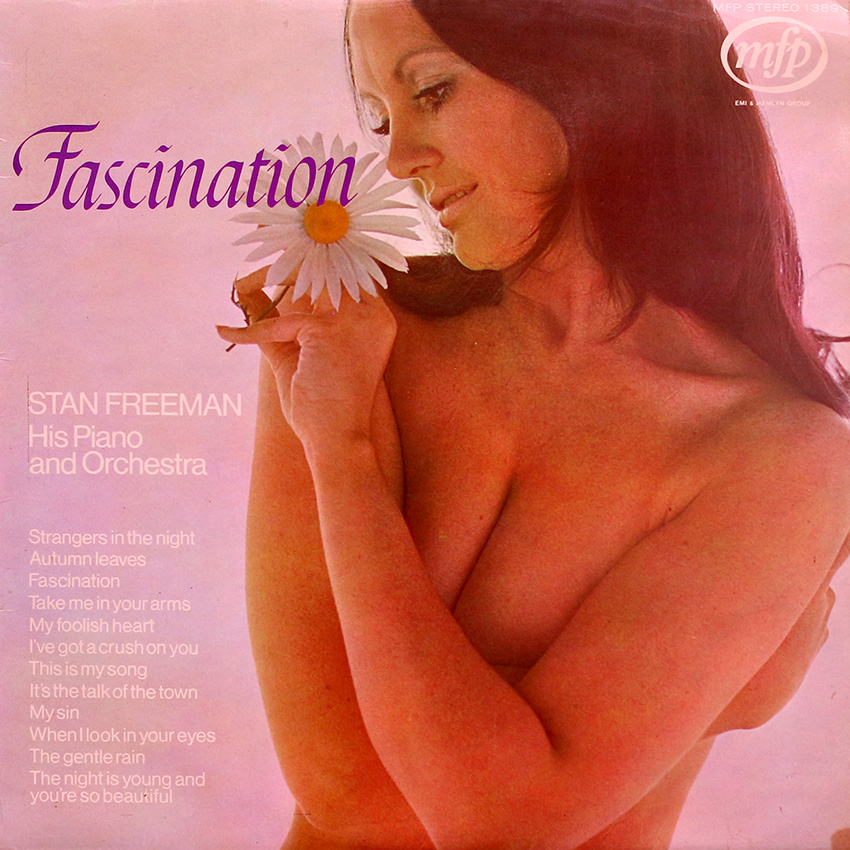 The soft, romantic playing of Stan Freeman, enhanced by the full impact of total stereo sound, achieving a perfect musical atmosphere, sends one gently drifting into a world of dreams. His playing is direct and straight-forward and his wide experience is focused on this particular field of music.

Stan Freeman began studying the piano at the age of eight and it was in his twenty-first year that he won the McDowell award for the most outstanding young pianist in the country. He concentrated purely on classical music and for two years was the youngest member at the Julius Hartt School of Music.

During World War li when he went into the army, he began playing In a jazz combo. Stan had never before played jazz or pop music, but quickly caught on. Soon afterwards he began Waving in the Glenn Miller Army Band, After the war his experience with Glenn Miller found him a place in the official Glenn Miller Orches-tra. From this he went on to radio, performing in Piano Playhouse, and this led inevitably to television. His first appearance was in a show called Candlelight Revue and after his first performance was asked by his producer to find something to add to his act. He wrote some comedy material for this purpose which was sufficiently amusing to open a new career for him as a night club comedian.

Stan Freeman spends a lot of time doing college concerts, consisting of both classical music and jazz with a smattering of comedy. At the end of each concert he plays requests and it is on this album that we heir a selection of those tunes most requested at the end of these concerts.

The playing of the title. ‘Fascination’, is exquisite. Stan plays with a tender feeling and understanding of the music, bringing out all the warmth and beauty of this lovely melody.

His interpretation of I’ve got a crush on you which has appeared in the score of two musicals. firstly *Treasure Girl’ in 1928, and secondly in ‘Strike up the band’ in 1930, is simple, carefree and gay, as are the opening bars of ‘This is my Song’, written by Charley Chaplin for his film ‘The Countess of Hong Kong’, but in this piece he eases gently to a quieter, far softer close.

The simplicity of Stan Freeman is portrayed in the Victor Young melody ‘My Foolish Heart’, taken from the Susan Hayward film of the same name.

To complete this wonderful album, Stan Freeman changes the tempo somewhat in his interpretation of the old torch song ‘My Sin’, This is an old, old favourite and has melodious treatment portrays the moody, haunting sound of this piece.

These are twelve lovely tunes, both odd and new played in the warm, sentimental, style that can only be Sean Freeman.