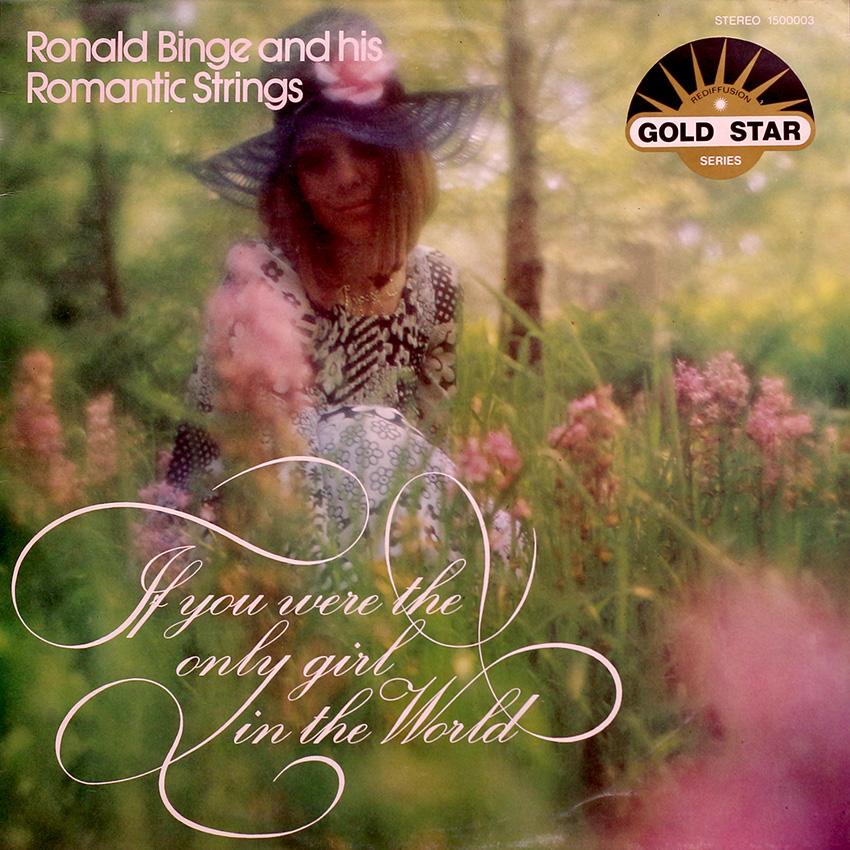 A modern composer-conductor of versatility and distinction in all branches of music, Ronald Binge now contributes his fifth recording to the Rediffusion catalogue, reverting to the musicianly style of not-quite-mood-music that he provided so admirably in “Summer Rain” (Z581).

Lest there may be some earnest souls who may imagine this is a case of an eminent conductor doing a bit of musical slumming (which few ever do with any real conviction) let us remember that Ronald Binge has always been an integral part of the popular music business, from his debut in the 1930’s with Mantovani’s Tipica Orchestra to his invention some 20-odd years ago of one of the most successful and popular string ‘sounds’ in the world of light music.

The fact that he has since allowed his natural talent for and deep understanding of creative composition to lead him into a more profound, musical milieu has not lessened Mr. Binge’s affection for good popular music, nor his ability to interpret it with an equal degree of understanding. And it would be difficult to find a more diversified selection of light music than we have in this lovely recording.

Although recognised as a jazz standard. Cherokee was originally a Ray Noble love song; Ronald Binge doesn’t view it too romantically. but preserves a nice balance between an impelling tempo and the legato nature of the melody. Debussy’s Clair de Lune capturing moonlight and shadows with a fragile lightness allied to a brooding intensity, is one of the most perfect and evocative tone poems ever written: maybe Stella by Starlight is its modern counterpart. At all events Ronald Binge avoids over-dramatising both pieces, playing Debussy as written and bringing just the right romantic touch to Victor Young’s miniature film concerto.

French melodies of the late 40’s, La Vie en Rose and Autumn Leaves rub shoulders with If You Were The Only Girl In The World, the immaculate Binge setting making Nat D. Ayer’s 1916 ballad literally timeless, Even older is the folk song I gave my love a cherry, also known as The Riddle Song, which was a hit of the 50’s and again in the 70’s as The twelfth of never. But let us not forget that Ronald Binge is a talented composer as well as arranger, whose Elizabethan serenade has become a latter day classic, a welcome fate we also predict for A flash of strings, whose classical form makes a marvellous showpiece for the strings of the orchestra.

As long as Ronald Binge can produce albums of light music as distinguished as this we can only hope he never deserts the idiom completely.