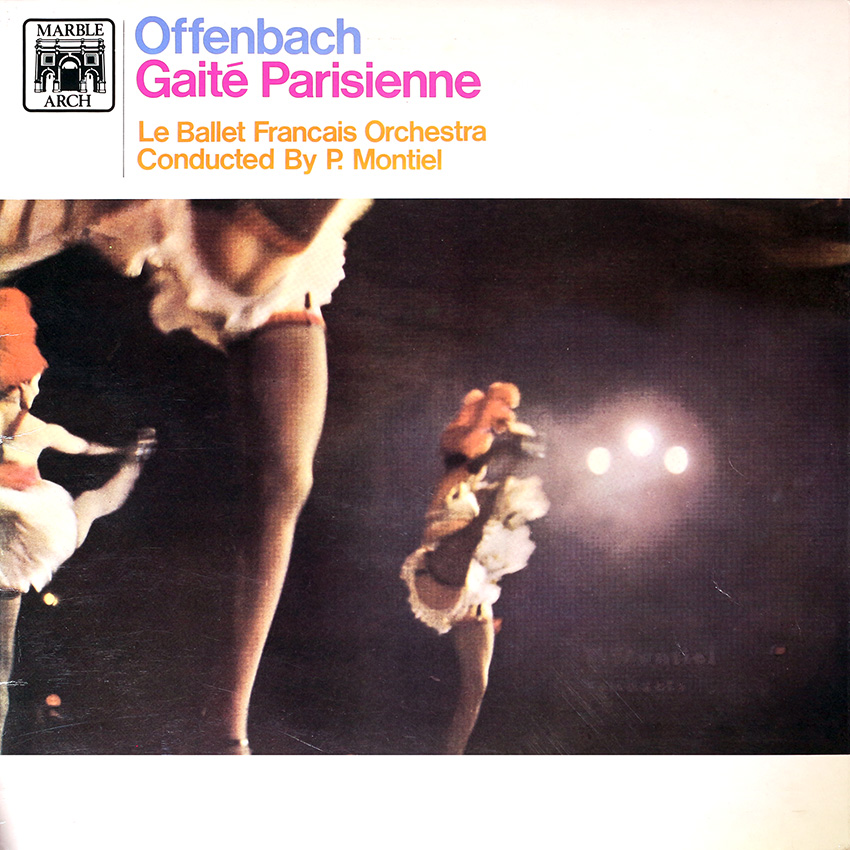 GAITE PARISIENNE is without question the gayest and most fun-filled ballet ever produced. It has wit and bubble that so delightfully portrays the Parisian Cafe Society of the Second Empire, Using the melodies of the nineteenth century composer Jacques Offenbach and the book by Comte Etienne de Beauirnont, the internationally famous choreographer Leonide Massine created the ballet for Ballet Russe de Monte Carlo. Since its premiere in 1938, the work has captured the delight of audiences all aver the world.

As the curtain rises on GAITE PARISIENNE, we look into a fashionable Parisian restaurant where the help animatedly prepares for the night’s business. The first principal to arrive is the saucy Flower Girl. She is followed by three cocodettes (young ladies of easy virtue) and their escorts, who throw themselves into a mazurka. The lovely Glove Seller enters and all the men crowd around her, forgetting the other girls. Next to appear is the comically eager Peruvian, carrying his luggage since he is very impatient to plunge himself info the delicious naughtiness of Paris night life. The girls make merriment over his gauche antics, but the Glove Seller politely ignores him, though he plainly adores her.

An elegant Baron arrives and spurns the Flower Girl while giving his attentions to the Glove Seller, The Peruvian becomes increasingly, tipsy, and while being entertained by the cocodettes, he is brushed aside by arrogant soldiers who immediately take over. The next couple to enter ore La Lionne the city’s reigning beauty, and her chief admirer, the Duke, who boils over in jealousy when La Lionne flirts with one of the officers. The Glove Seller amuses herself while teasing the Baron by pretending sudden interest in the Peruvian. The situation eventually explodes! The Officer and Duke fight over La Lionne, the Baron and the Peruvian over the little Glove Seller, The Peruvian takes refuge under a table.

When peace is restored. The Baron and the Glove Seller do a dance expressing their love. All present take on a romantic mood, and following the entrance of the Can-Can Girls, who launch into an extravagant dance, the Cafe resumes its gaiety. The Duke and the Flower Girl and the Officer and La Lionne pair off happily. In conclusion, the unhappy Peruvian is left to sulk alone.