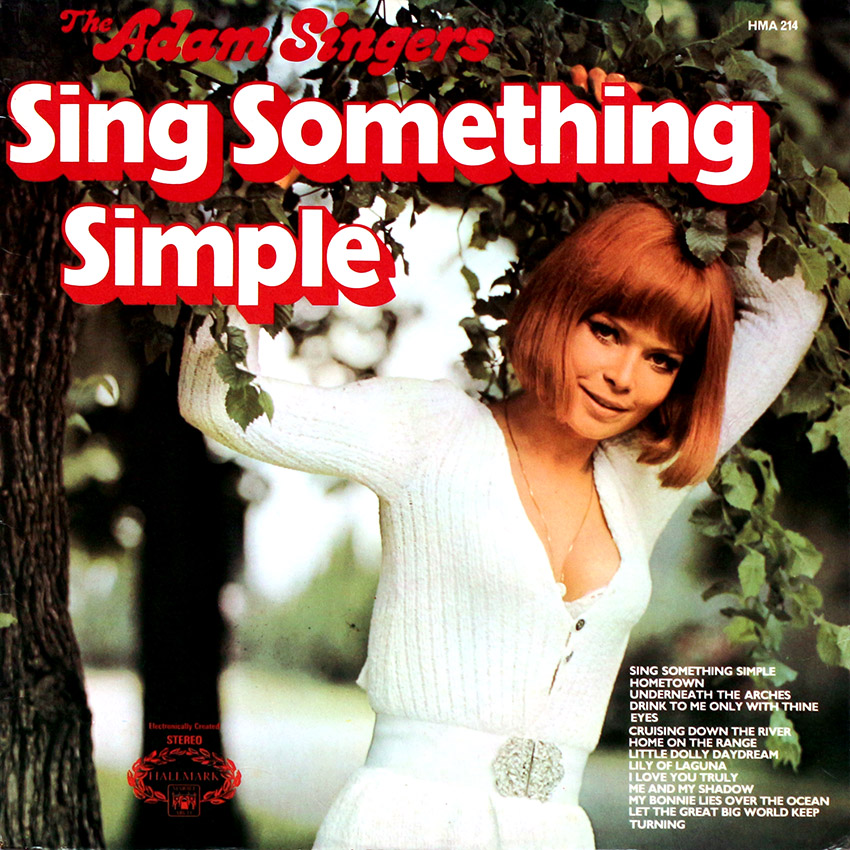 Feeling in the mood for some musical relaxation? Them just sit back and enjoy the work of a team who really know what easy listening is all about.

For nobody knows better than The Cliff Adams Singers, a group of people who have been singing songs in their own kind of way for several years now, and who have a formula that shows no sign of wearing out its welcome on the thousands who regularly tune into their radio shows.

It’s a success born out of a basic simplicity of vocal style and the knack that Cliff Adams has of choosing just the right kind of song. He takes songs that everybody knows and loves and, because they’re such good songs, they need none of the trappings of clever arrangements.

On this album, the Adam Singers vocal charm works like a dream and creates the kind of listening pleasure that can only leave you asking for more. And that’s why the “Sing Something Simple” formula is one of the most popular sounds around.