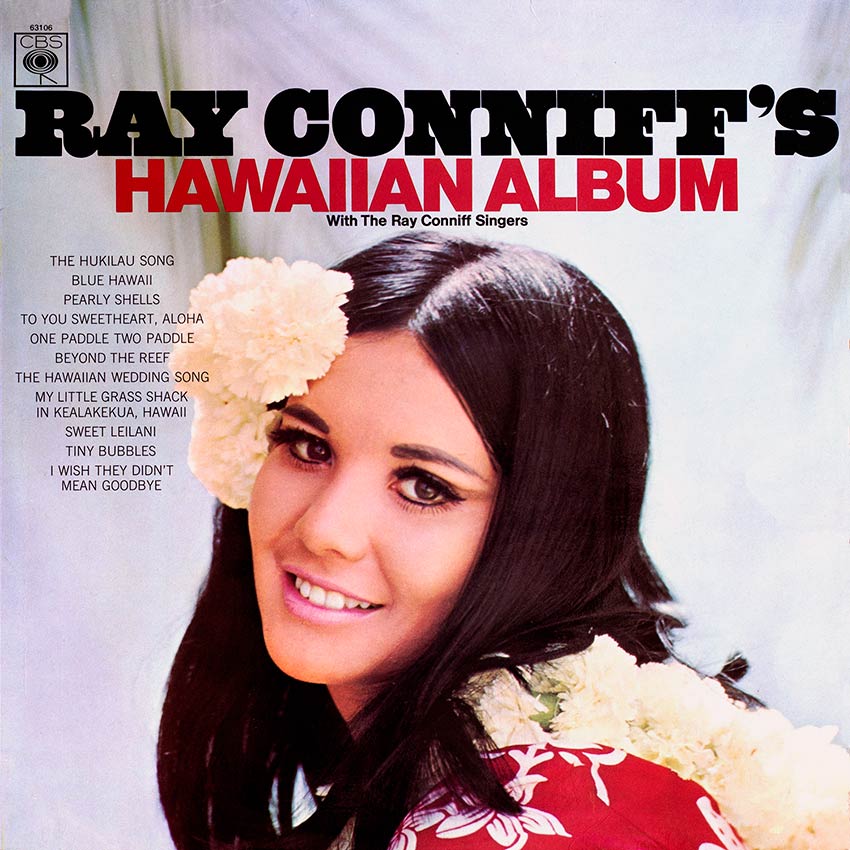 The above photo of Ray was taken as he was relaxing on the beach of the Kauai Surf Hotel on the garden island of Kauai, one of the Hawaiian outer islands.

Ray wrote all the arrangements for this album during his two-week stay at the Kauai Surf, and between arrangements the Hawaiians showed him how to strum the uke and taught him their own way of singing the Hawaiian songs, which in many cases is quite a bit different from the original.

“It was the most enjoyable two weeks work I’ve ever done in my whole career,” was Ray’s comment as he rejoined the Singers in Hollywood to record this album for your listening pleasure.