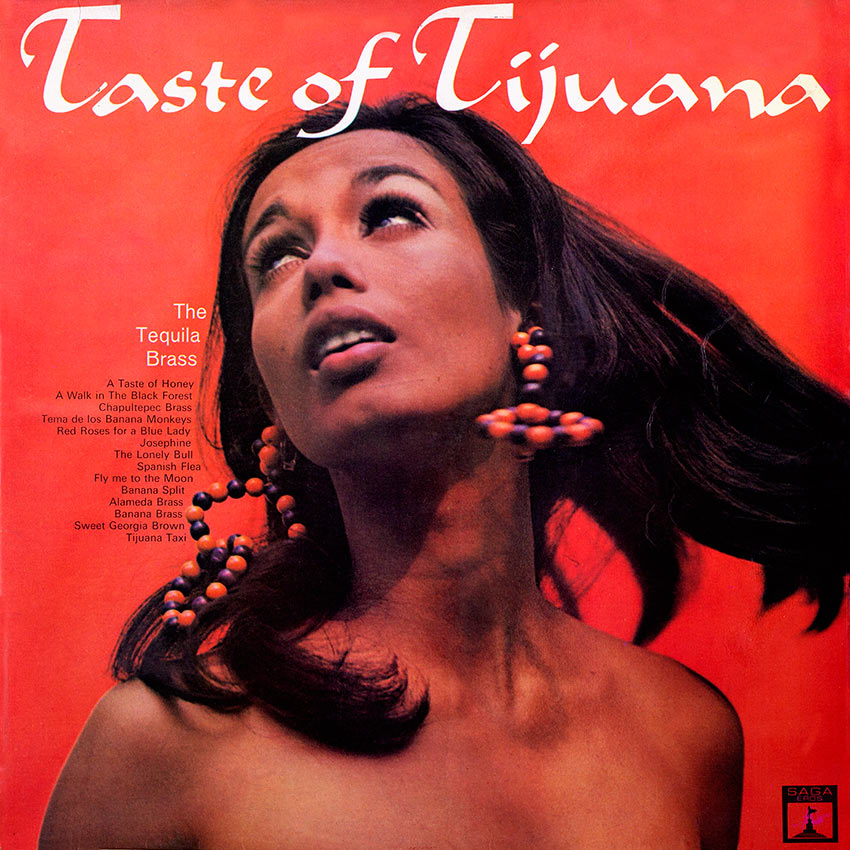 Tijuana is a town often described as “Mexican” but it is in fact on the border of lower California and Mexico, on the West Coast, south of San Diego. It is a medium-sized town that has achieved international fame through the most extraordinary medium – the mariachi trumpet. Ever since Herb Alpert produced his first Mexican sound nearly three years ago, the foot-tapping music of the Mexican fiesta has grown in popularity, until it is now the most exciting dancing sound in the world.

The mariachi trumpet, with its hot, harsh tone, is the key instrument in a Mexican brass band. Backed with maraccas, bongos and guitars, the sound produced is as exciting and colourful as a day in Tijuana itself.

THE TEQUILA BRASS are one of the leading groups playing Tijuana music. They have been together for more than six years, but it is only recently that they have become so much in demand all over Central America. Their versions of the popular melodies on this record – a little jazz, a little cha-cha, a little Dixieland – make it a real “fiesta” sound, as gay and amusing as a Mexican festival.