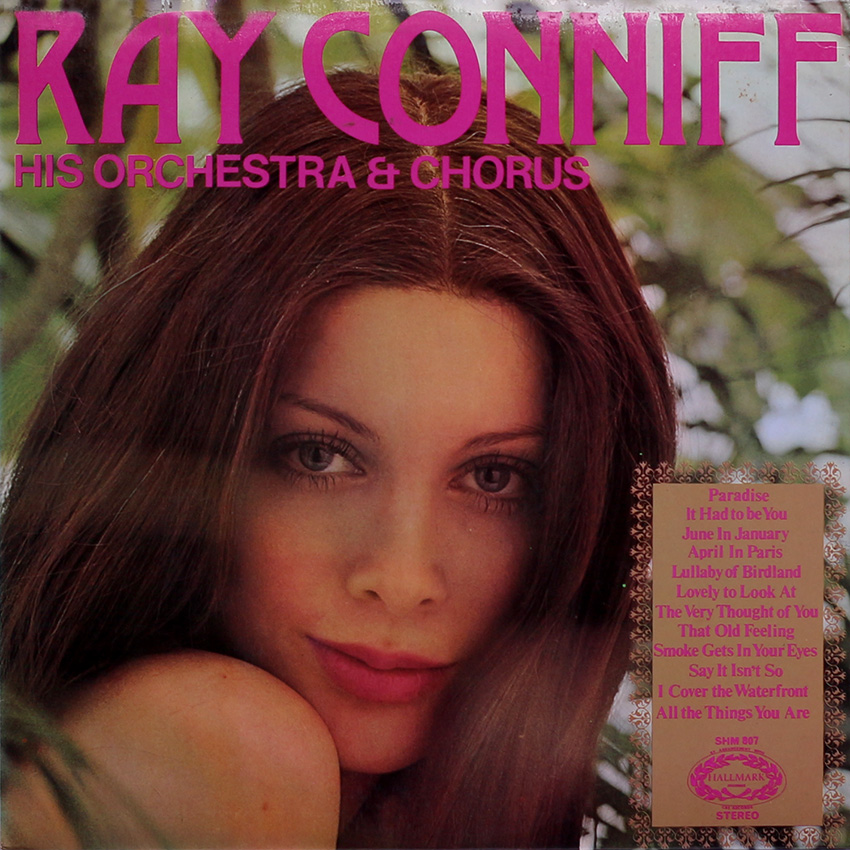 Ray Conniff was the name that used to provide the musical backing for people like Johnny Mathis, Guy Mitchell, Johnny Ray and Frankie Laine. With these names he scored million selling records and achieved a unique place as someone who knew how to provide the essential and successful backing to a hit record.

Then, in the mid-fifties, Ray Conniff went his own way; successfully, as it turned out, with a series of albums based on the very simple but entertaining principle that certain ranges of voices could combine with the right instruments in enhancing a good song. Thus was born the “Conniff sound” – one that has to date sold over twenty-five million albums.

All of which is quite an achievement for a man whose musical beginnings were in a school band in Massachusetts, where he played trombone. Even at this stage Ray was dabbling in arranging and after he moved to Boston, then to New York, his talent began to develop. He worked with the big bands of the day, Buddy Berigan, Bob Crosby and Artie Shaw and from that groundwork moved into the field of arranging.

The ‘Conniff Sound’ evolved during the mid-fifties and Ray has always chosen with great care the songs that give his singers and musicians the necessary ingredients to bring off that incredible formula.

This album, containing as it does some of the most enduring titles of the popular musical scene, shows that wherever it is applied, the ‘Conniff Sound’ makes very entertaining listening.