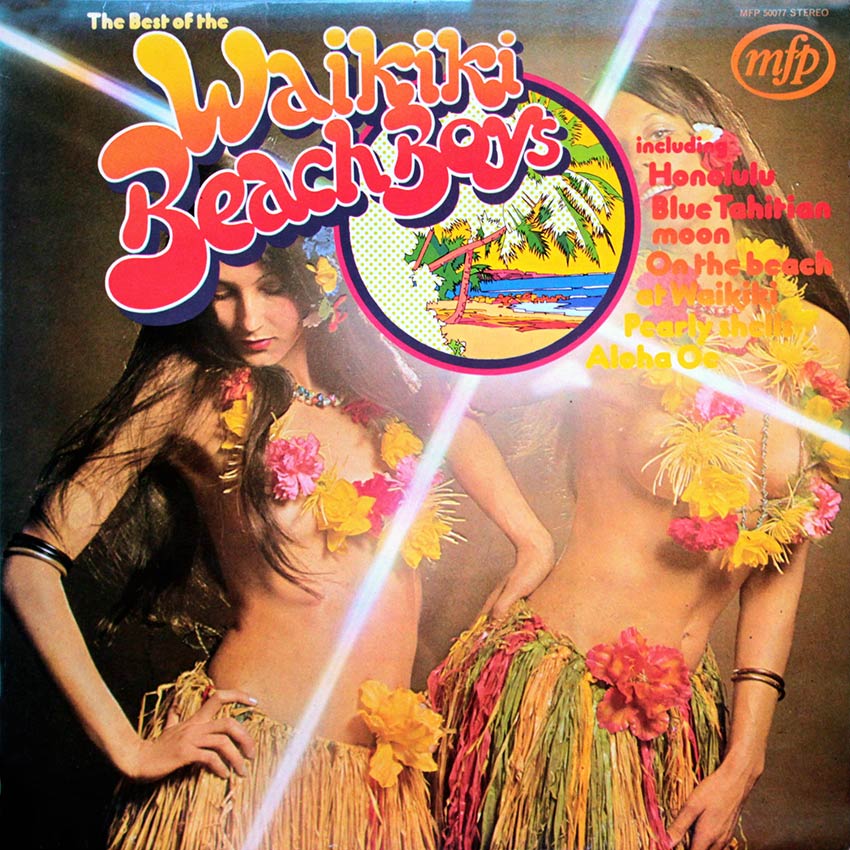 Another album by The Waikiki Beach Boys means a return once more to that get-away-from-it-all music. A return to the peace and splendour of those romantic islands in the Pacific. One wonders just how many times over the years these heavenly islands of Hawaii have been described in words coldly calculated to create envy and longing in the hearts of those suffering a humdrum, commuter-type existence in suburbia Suburbia here. suburbia almost anywhere. But, however calculating those words may have been – and several hundred thousand must have been written on the subject – the inescapable fact is that they have painted a picture that is true.

Hawaii is blue skies. surf and sunshine. Hawaii is gentle breezes and swaying palm trees. Hawaii is a paradise on earth. a lovely land to which to escape. Hawaii today, of course, is also more than a travelogue scriptwriter’s dreamland. Hawaii is city. And people. And. more likely than not, with commuter problems of Its own. But. in its quieter moments and In its quiet corners. Hawaii remains the land upon which the gods have surely smiled.

One thing that has remained unchanged Is the traditional music of the islands. Hawaiian-styled music grabbed the imagination of people In less blessed corners of the world many years ago. The languid rhythms and the steel guitars still do more than any tourist bureau, any holiday poster or airline advertisement to conjure up the sheer magic of the islands. This is the fifth Waikiki Beach Boys’ LP released on the Music for Pleasure label. The total sales of the previous four in this country and in many other parts of the world have now topped the half-million mark.

On this LP they play in varying moods. from the march tempos of “Tiger Shark”, “Hilo March” and “Menehune March” to such long-time Hawaiian ‘standards’ as”On the Beach at Waikiki”, “Honolulu” and “Blue Tahitian Moon”.

There are original compositions. too. In “Moonlight Hawaii” and “Coral Reef”. for example. Most of it, if not all of it, calculated to set you on a course which adds up to escape. From this or that. If only in the mind.