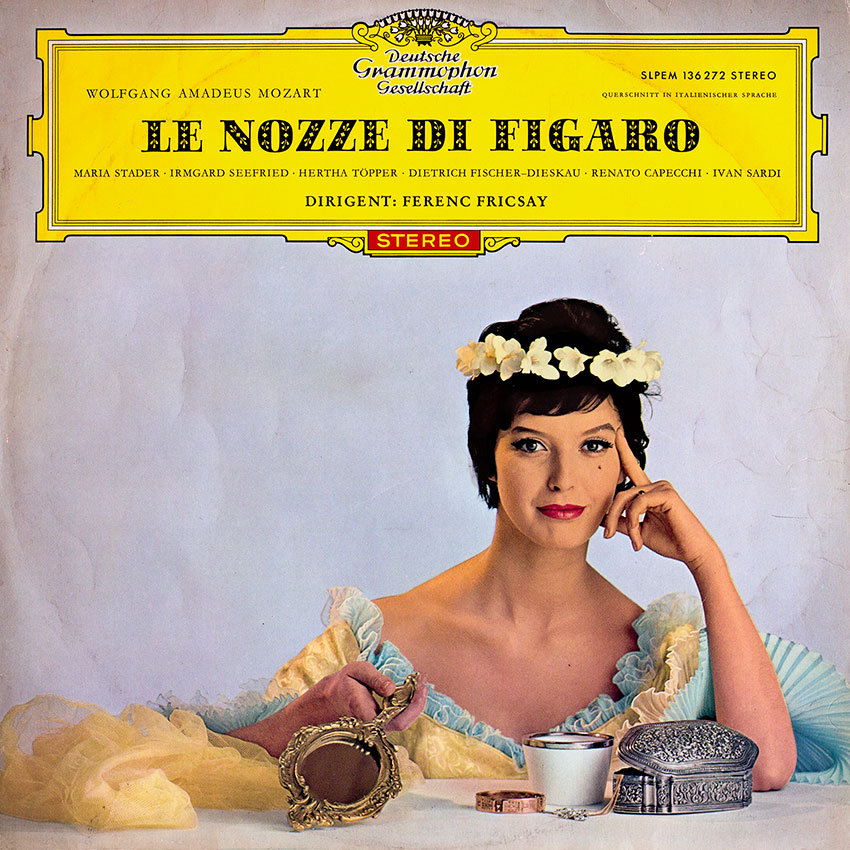 Mozart’s opera “The Marriage of Figaro” provided its composer with one of the greatest triumphs of his short lifetime; this event took place about six months after the world premiere in Vienna on the 1st May 1786, when the opera was performed for the first time in Prague.

“The enthusiasm (of the Prague audience) was on a scale hitherto unparalleled,” wrote a contemporary. “It was impossible to hear too much of it.” In consequence Mozart received a commission to write another opera for Prague. “Don Giovanni” is therefore a result of the success of “Figaro”, which, like its later sisterwork, had its origin in a literary work which was very skilfully adapted to form its libretto. “Figaro” is based on the comedy, full of social criticism, “Le mariage de Figaro ou la folle journee” by Beaumarchais, which had appeared in Paris two years earlier. In Vienna this satire on the age was banned, but Mozart’s librettist Lorenzo da Ponte was clever enough to overcome the difficulty by means of diplomacy and his acting ability.

In da Ponte’s version the barbs of the “storm-bird of the revolution”, as Beaumarchais’ “mad day” had been called, were clipped a little so as to appear harmless. The libretto nevertheless follows the play in its tensions between members of different classes of society. This is the second of three loosely linked comedies. In the first of them, “The Barber of Seville”, which has remained alive on the musical stage through Rossini’s masterly setting, Count Almaviva, with the assistance of the sly Figaro, abducts the beautiful Rosina from her guardian’s house. The “mad day”, as the first part of the original double title indicates, concerns the marriage of Figaro, who has been promo, ed to become the Count’s personal servant, to the Countess’s maid Susanna, who has to foil the Count’s designs on her. In this apparently superficial comedy of intrigue expressed in music there is embedded a fundamental conflict between social superiors and inferiors. While Figaro, as the Barber of Seville, was a colleague, a fellow-schemer with the Count, now that he is a personal servant he challenges his master, who has become a rival favoured by birth and position, to “dance to his tune”.

Lorenzo da Ponte described his libretto for Mozart as “un quasi nuovo genere di spettacolo”, a virtually new kind of stage work; he called this comic opera a “commedia per musica”. Indeed Mozart’s opera buffa goes far beyond the bounds of Neapolitan operatic farce such as Rossini was to create three decades later in its purest form. Comedy and tragedy, the marionette-like mechanics of the buffa tradition and genuine, deep human emotions, heightened by music, have never been more fully integrated in the sphere of comic opera than in “The Marriage of Figaro”, this early yet perfect comedy of character in music.