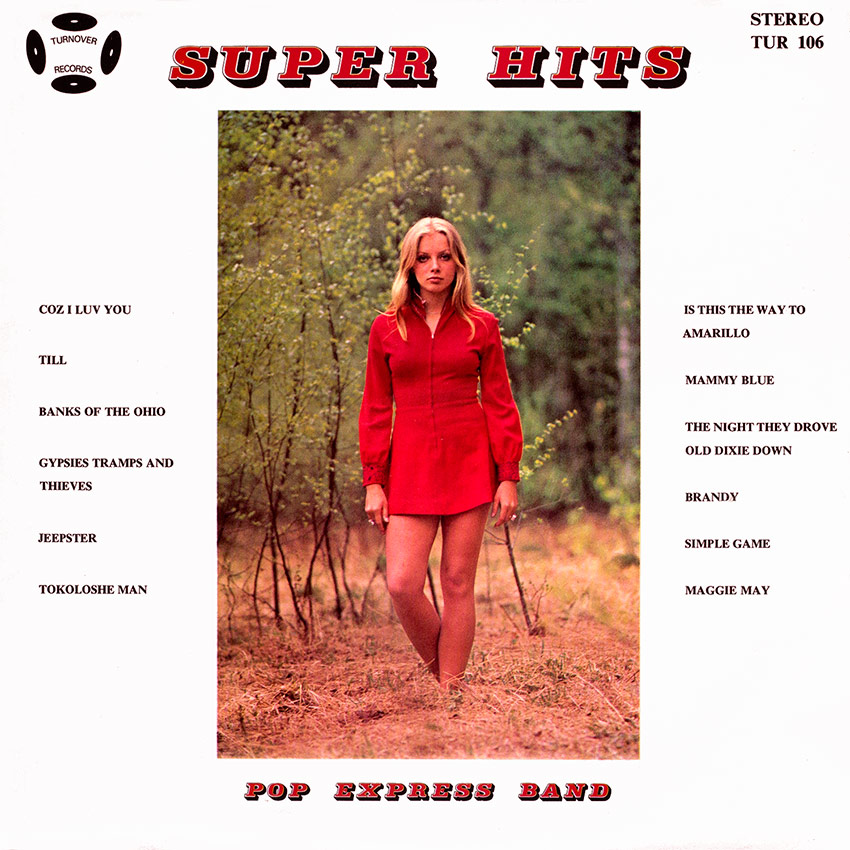 If you were wondering why the track “Banks of the Ohio” doesn’t list the writer it’s because the writers are unknown. This song – sometimes known as ‘On the Banks of the Ohio’, is what can properly be described as a murder ballad and was written some time in the 19th century. One the most well known versions is by Olivia Newton John and can be enjoyed over at YouTube here.

Yet another superb album of top ten hits, covered in their own way by the Pop Express band. The Pop Express Band is a band of happy go lucky singers and musicians, dedicated to bringing to you all the sounds from the hit parade in such a way that you would almost think that they were the original chart breakers. This is a record to enjoy on your own or with friends, so go ahead enjoy it.