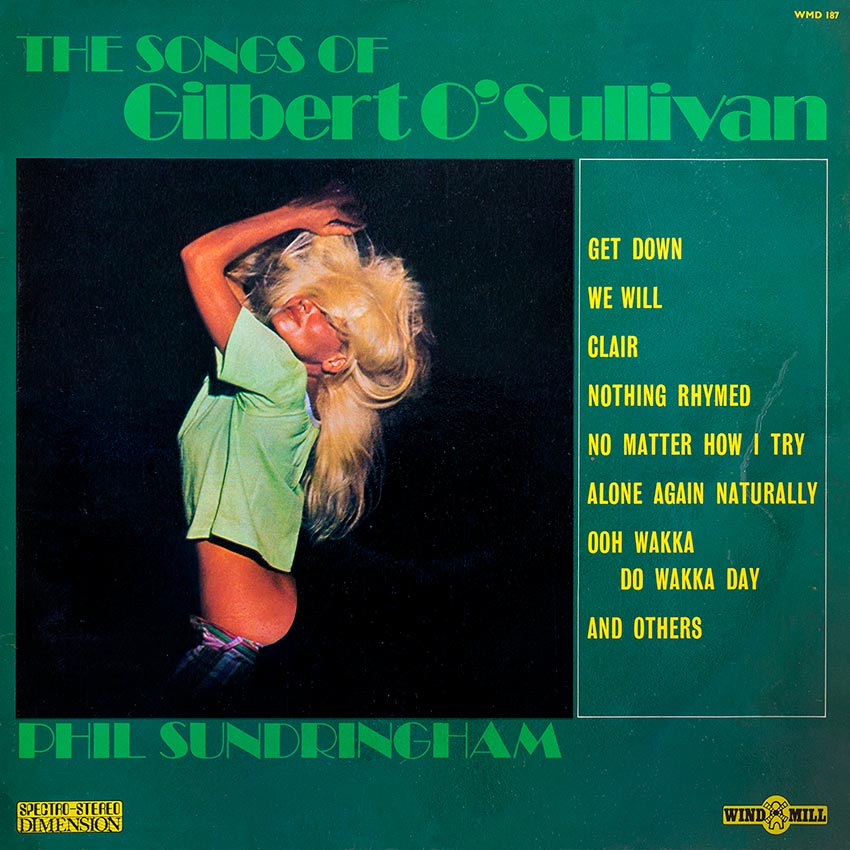 It’s been some time since a singer/songwriter emerged in Britain to reach the pinnacle of his profession and continually have smash hits. This has now been resolved by the appearance of a young Northern lad who has captured the hearts of pop fans both young and old.

It is truly amazing how this shy youngster pens melodies that are instantly recognisable yet still retain a certain originality that make GILBERT O’SULLIVAN an outstanding composer.

This record is a sincere tribute by another up and coming artist Phil Sundringham who’s not ashamed to admit that his treasured dream is to reach the stature of GILBERT O’SULLIVAN.