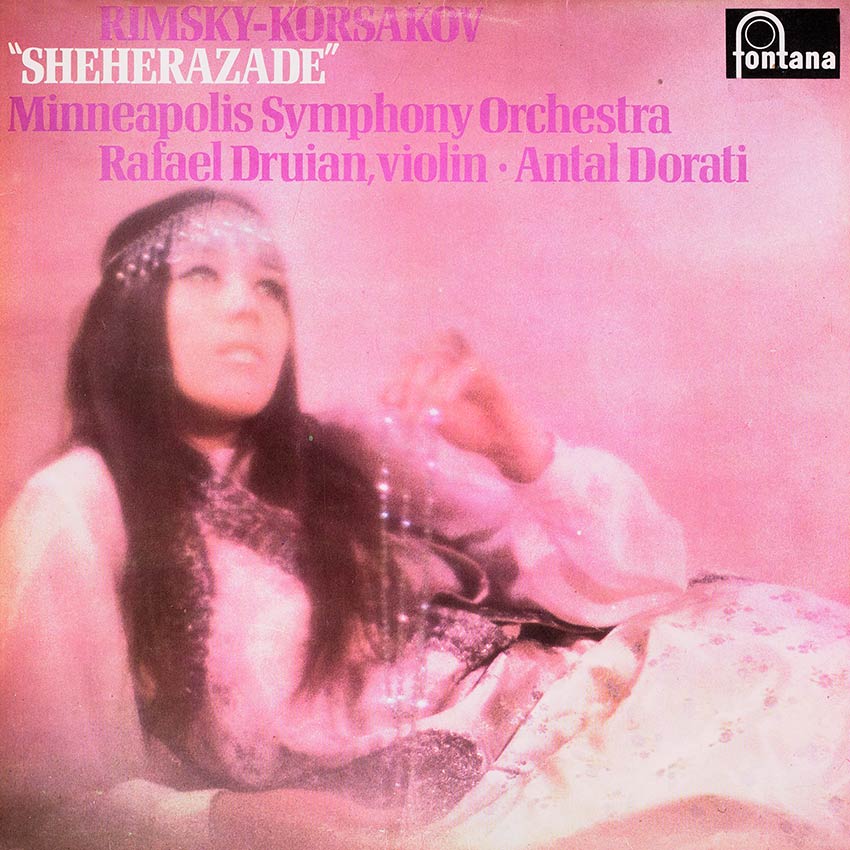 No composer has found greater inspiration in fairy-tales or legends containing a strong element of magic than Rimsky-Korsakov. Most of his 15 operas are based on such subjects, which gave him great scope for the colourful treatment of the orchestra and his powers of evoking the exotic. In the case of the Symphonic Suite “Sheherazade,” after “A Thousand and One Nights,” the composer chose to give free reign to his imagination without following a story in detail. True, the music portrays the cruel Sultan and the cunning Sheherazade who outwitted him, but the composer himself gave no precise indication of the stories she told night after night to postpone her execution.

Today each of the four movements that make up the suite is known by a title, yet none appears in the score. These titles are, in fact, Liadov’s, he suggested them to Rimsky-Korsakov only to have them turned down. The composer’s sole programmatic explanation of the work is this one, printed as a foreward to the score: –
“The Sultan Shahriar, convinced of the falsity and infidelity of all women, swore to have each of his wives put to death after the first night. But the Sultana Sheherazade saved her life by arousing his interest in the tales which she told him for a thousand and one nights. His curiosity compelled him to put off the execution of his wife from one day to the next, and finally he rescinded his cruel resolution altogether. “Many wondrous things were related to Sultan Shahriar by the Sultana Sheherazade. For her tales she took verses from the poets, words from the songs of the people, and intermixed the former with the latter.” The music itself explains Rimsky-Korsakov’s reluctance to allow any more detailed verbal explanation. Themes recur throughout the work, but their mood and character change according to their manner of presentation. For instance, it is easy to see the cruel Sultan in the opening theme, menacingly stated in unison by trombones, tuba, strings and some of the woodwind. But this theme is heard again when Sheherazade begins her first story, and here it has clearly lost all connection with the Sultan. Sheherazade’s theme similarly returns in contexts that must refer to her stories and not to her personally. The truth of the matter is that the composer usually relied on his orchestration rather than on his themes for characterisation. No one was better able to do so for he was a complete master in his field and he could produce a wide range of colourful effects from modest forces. The score of Sheherazade, written in 1888 requires double woodwind plus piccolo (although the second oboe interchanges with cors anglais) four horns, two trumpets, three trombones, tuba, percussion (timpani, triangle, tambourine, cymbals, bass drum, and tam-tam), harp, and strings.