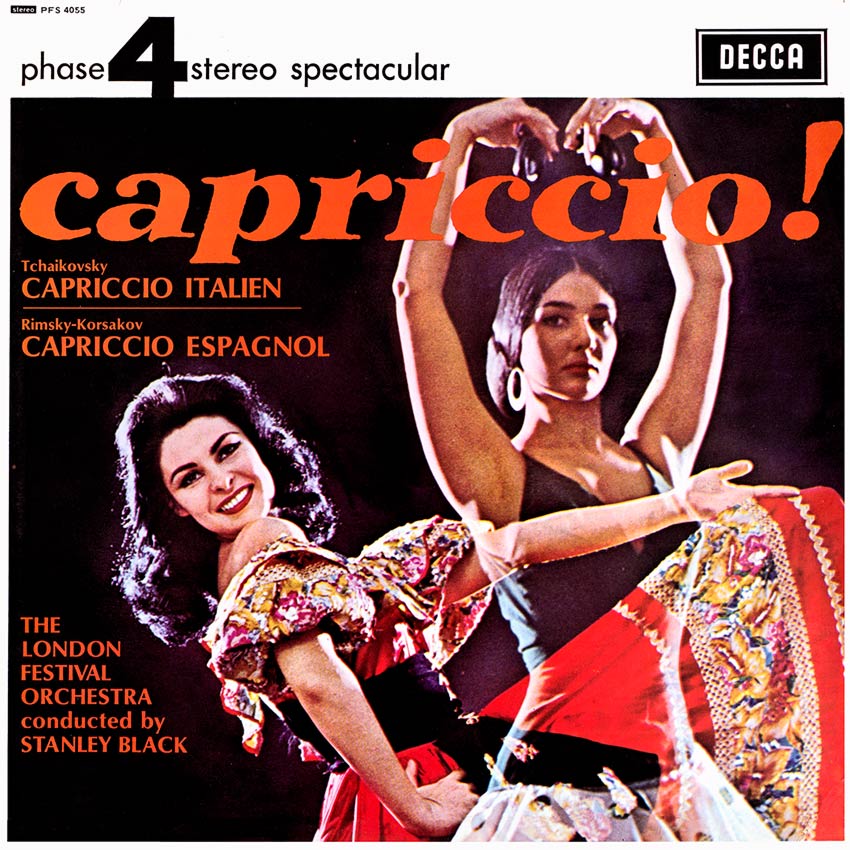 During the February of 1880, Tchaikovsky was in Rome. The Carnival was at its height, the weather was glorious, and the composer had fallen in lave with Tivoli and its Villa d’Este. The wonders of this beautiful city had worked a spell and Tchaikovsky was fired with the idea of writing an Italian Fantasy. First mention of this is made in a letter written by him to Nadezhda von Meek: “I am working at the sketch of an Italian Fantasia based upon folksongs …. some of which I have taken from collections and some of which I have heard in the streets”.

These folksongs were to form the basis of the Capriccio Italien, Op. 45 – one of the composer’s happiest creations.

As the title implies, the work is in the form of a free fantasia. The fanfare which opens the Capriccio was the bugle-call of the Italian Royal Cuirassiers, whose barracks adjoined the hotel where Tchaikovsky stayed in Rome; each morning he was awakened by this splendid sound. During the course of the piece no less than five separate tunes are introduced, the first two of which are heard more than once. The Capriccio, a masterpiece of orchestration, is scored for more than the usual complement of instruments:a third flute, cor anglais and two cornets are called for, and also harp and an array of percussion instruments. The work, dedicated to K. J.Davidov, was first performed on 18th December, 1880, at Moscow under the direction of Nicholas Rubinstein.

SIDE TWO It was in 1887, during a break in his joint task with Glazunov of completing and orchestrating Borodin’s opera Prince Igor, that Rimsky-Korsakov composed his Capriccio Espagnol. His original idea had been to write a virtuoso fantasy on Spanish themes for violin and orchestra, and indeed traces of this design are abundant in the many solo passages, not only for the leading violin (including harmonics, triple stops, flying arpeggios and all the other tricks of the virtuoso) but also for various wind instruments. The work fully lives up to the composer’s desire that it should “glitter with dazzling orchestral colour”, though the orchestral effect is “the very essence of the com-position, not mere ornamentation”; and having spent a mere three days in Spain as a youth, he admitted readily enough that, for all the attraction of Spanish melodic and rhythmic figures, the Capriccio was a “purely external” work. It has five movements, but the first three are linked, forming an ebullient Alborada into which are introduced variants of a slower lyrical phrase first given out by the horns: then, after a resounding fanfare and some elaborate cadenzas, follows a fiery Canto gitano (including some guitar imitations), leading into a Fandango asturiano, which whirls to a finish with a return of the Alborada subject.

“Jack of all trades, master of none* This old adage was exploded and negated long ago by Stanley Black. The world of music has very few stars who shine in so many varied fields with such consistent and complete success as this artist. Pianist, arranger, composer, conductor, Stanley Black has triumphed in each of these exacting roles.

At twenty-three he broke into the highly competitive world of film music with the the score for a documentary film – about prefabricated houses! entitled The Ten Year Plan. This association with the world of film music continues right up to the present with scores for over ninety films to his credit. In 1962 he was one of the joint recipients of the Ivor Novello Award for the best film score of the year, Summer Holiday.

Stanley Black visited South America in 1938, a trip which laid the perfect foundation for his subsequently frequent excursions into the realms of authentic Latin music. Today he is considered one: of the country’s leading authorities on the music of the Latin American countries For eight and a half years he guided the fortunes of the BBC Dance Orchestra, during which time he appeared in the 1951 Royal Command Performance.

In 1961 he was awarded a Life Fellowship of the International Institute of Arts and Letters, an academic body which includes amongst its Fellows names such as Antal Dorati, Aldous Huxley and Jean Cocteau.

Broadcasting, television, films, records, composing, conducting, playing piano – all these are at his finger tips and in each he is top of his profession, always moving with the times but ruthlessly discarding any new craze which he considers merely gimmicky or musically worthless. Not only in this country, but in America as well, he is one of the most popular and respected figures in the world of music.
©1964, The Decca Record Company Limited, London