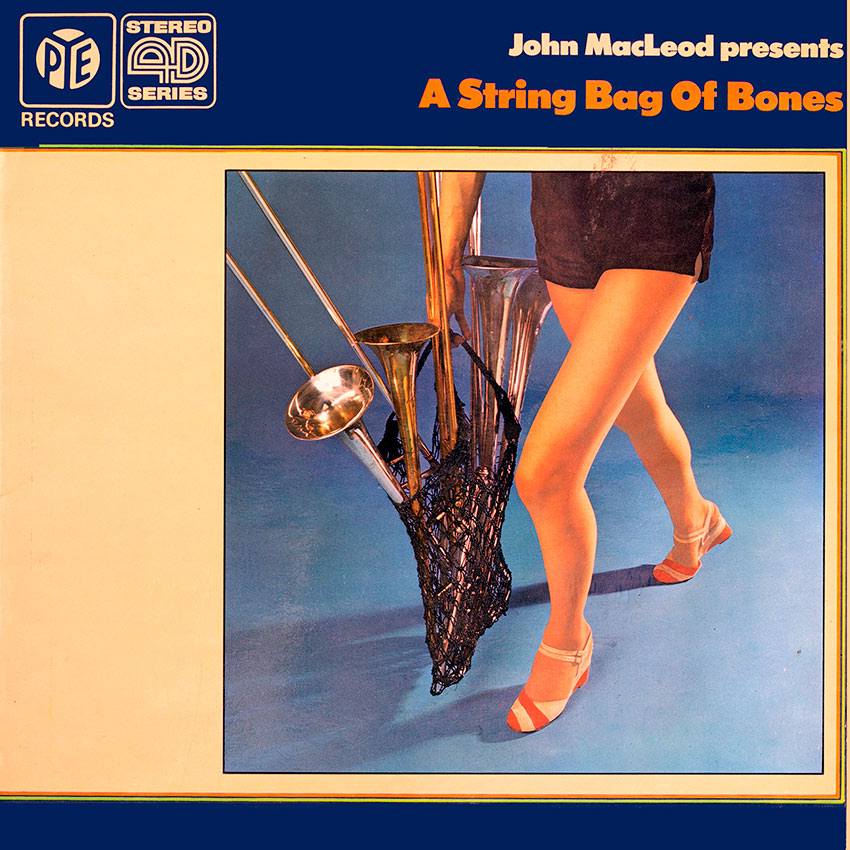 Meet John MacLeod’s String Bag of Bones, an odd title for a new musical idea but one that makes sense when John explains : “It’s basically strings and trombones with one solo instrument, which can be virtually anything. On this album we’ve used nine strings, four cello and four trombones with the idea being that the strings carry the pop rhythm and the combination of strings and trombones creates what we think is a funky sort of sound and something that is a bit different and individual.”

But then searching for that extra something in music that IS different has long been a part of John MacLeod’s life. As a top composer, arranger and record producer he’s been associated with many name artists on a variety of musical levels. He’s written and produced pop hits for artists like Pickettywitch, The Foundations and John Baldry ; has created a best-selling album line with the London Pops Orchestra and now, embarking on the String Bag of Bones concept he wants “Really just to establish a style and a brand of music that everyone can recognise and enjoy. I’d like to think that when future String Bag of Bones albums are released they’re immediately recognisable.”

On this first album with String Bag of Bones, John has concentrated on good tunes and has used as his arranger Cy Paine — “Someone who I have a very high regard for and who is, I think, one of the most underrated arrangers of today. We both of us hope that this first LP will be the beginning of a successful series.”

But one doesn’t have to take John MacLeod’s word for it ; listening to an album that is indeed different and musically exciting should convince anyone that he’s succeeded in creating a successful and durable musical formula.