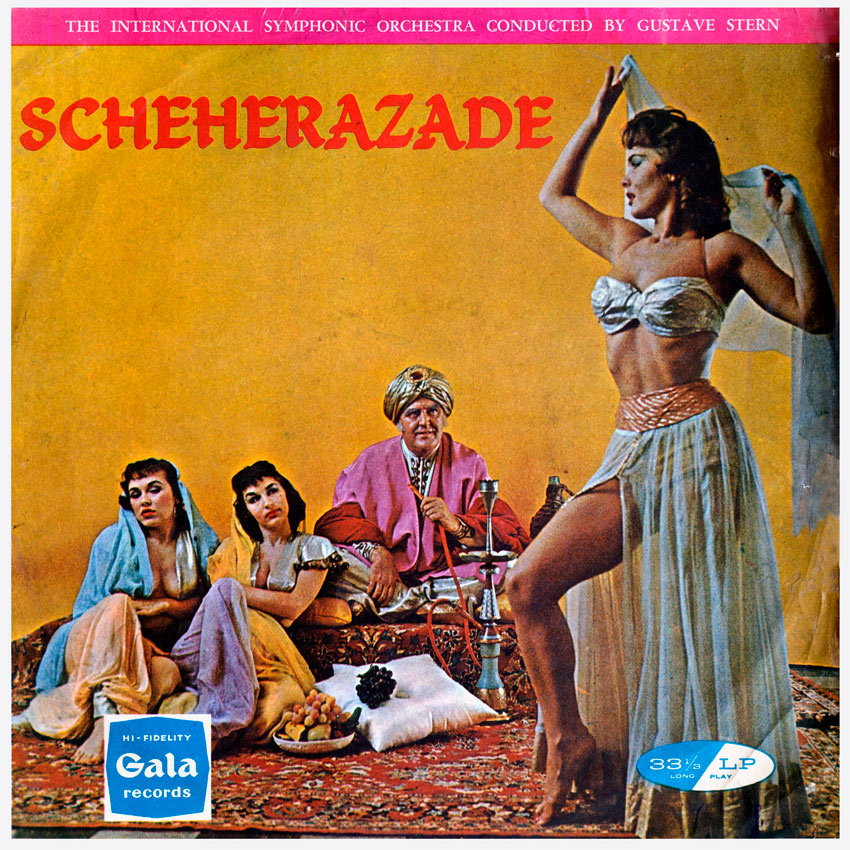 Scheherazade, by Nikolai Rimsky-Korsakoff (1844-1908) is a sea haunted work that has never failed to exercise its magic from the time it was composed, in 1888, to to-day. It is an extraordinarily strong and beautiful composition portraying with dreamy seriousness both the fantasy and realism of the Arabian Nights. It is a symphonic composition in four movements with fairy tale titles.

To the score, Rimsky-Korsakoff appended the following paragraphs:

‘The Sultan of Schahriar. persuaded of the falseness and faithlessness of women, has sworn to put to death each one of his wives after the first night. But the Sultaila Schehcrazade saved her life by interesting him in tales which she told him during one thousand and one nights. Pricked by curiosity the Sultan puts off his wife’s exe-cution from day to day, and at last gave up his bloody plan.”

Notable is the orchestral glow of Scheherazade. The strings arc dethroned from their supremacy in the classical symphony orchestra, but they sing all the more sweetly as solo voices and divided choirs. Woodwind and brass instruments play is much more important role than in the classical orchestra, both as solo instruments and in fascinating, everchanging combinations. Greatly expanded, too, is the role of the percussion instruments, the composer using not only is variety of drums, but pizzicato strings and staccato woodwinds.

The work is in four movements like a symphony, although it hardly follows the symphony-sonata form: As indicated in Rimsky-Korsakoff’s program, the opcn-ing movement depicts The Sea and Sinbad’s Ship. The largo e maestoso opening introduces the Scheherazade theme. The main portion is in a faster allegro non troppo tempo, marked by undulating figures. It presents most of the melodic subject matter of the later movements already.

The second movement describes the Narrative of the Kalender Prince. Again the Scheherazade motive is heard, lento, by violin and harp. After an andantino interlude, the movement concludes with is staccato allegro motto brass motive. The Young Prince and the Young Princess is the subject of the third movement, marked andantino quasi allegretto. There is is particularly graceful violin melody in addition to the Scheherazade motive, which is heard again from the solo violin and the harp.

The concluding movement portrays is Festival at Bagdad, The Sea – The Ship goes to pieces on is Rock Surmounted by is Bronze Warrior. In allegro molto, earlier themes arc repeated and, so to speak, summarized. The festival is pictured by an allegro molto e frenetico passage. The Scheherazade motive returns briefly, followed by is tarantella marked vivo, with the Scheherazade motive repeated softly and tranquilly in conclusion.