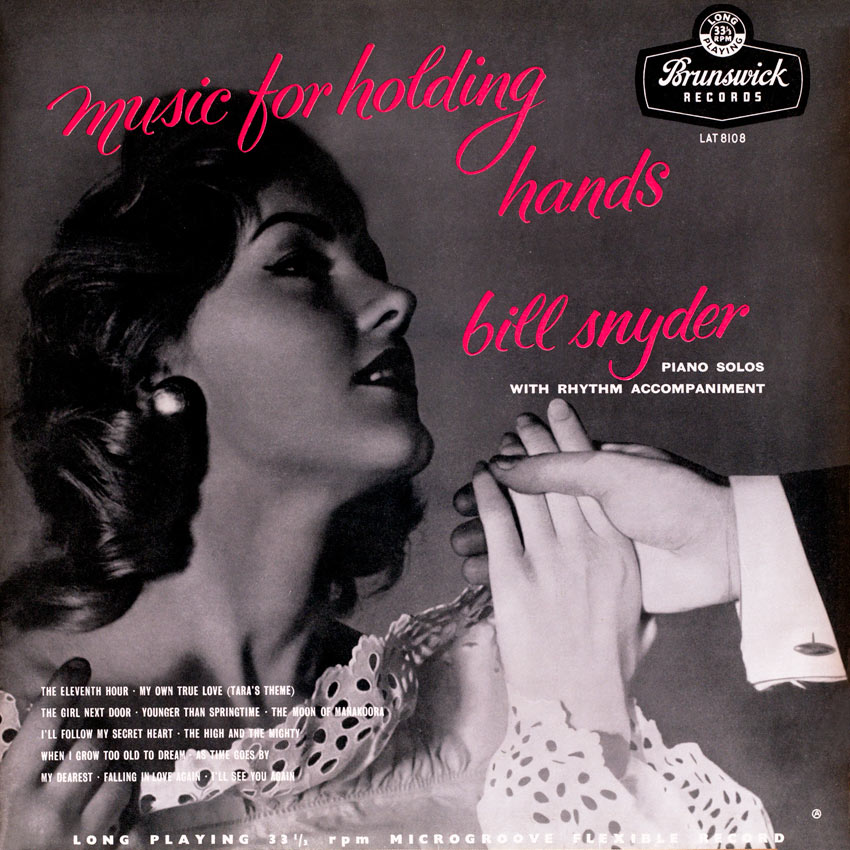 The mood of this album is completely expressed by the title. For anyone who wants the most romantic of mood music, this is it. The titles, as well as the melodies, are redolent with glamour; the songs are those to which lovers have always thrilled; there are tender heart beats in every bar. The spell of this music is accentuated by the subtle piano playing of Bill Snyder.

Bill Snyder was born in Chicago, climbed on a piano stool at the age of three – and has been there ever since. He was six when he made his first recital appearance in Chicago’s Kimball Hall. A scholarship at De Paul University was followed by a degree of Bachelor of Music at the Chicago Conservatory of Music, after which he got his Master’s at the American Conservatory of Music. It was in Chicago that he met Moritz Rosenthal, then the last living pupil of Franz Liszt. Rosenthal heard him and “adopted” Bill as a protege. Snyder’s distinguishing technique thus has a long heritage.

In 1940 he was on the staff of the Columbia Broadcasting System, served with the Air Force for several years and, after his discharge, formed a dance band. In 1952 he joined Brunswick; his records have been popular in Europe as well as in his own country. Besides his own arrangements, Bill Snyder has a long list of original compositions to his credit, ranging from novelty piano solos to serious concertos. His custom-piano, “Oscar,” is one of the few pianos which has a built-in air-conditioned unit that keeps the temperature and humidity equalized. “Oscar” was four years in the making and is insured for $25,000.00.